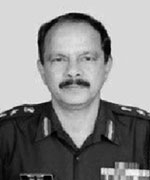 The 1999 Kargil War between Pakistan’s Northern Light Infantry and Indian armed forces was an initial setback that woke up the country and its military from the illusory peace promised by the Lahore Peace Declaration between Prime Ministers Atal Bihari Vajpayee and Nawaz Sharif.

The 50-day limited war was forced upon India to regain its territory in the mountains of Ladakh’s Kargil district well inside the Line of Control (LC) that Pakistani forces had occupied during the winter months of 1998-1999. India’s military might had to speedily mobilise to uproot the enemy from the occupied heights and restore the sanctity of the LC. The cost of Kargil war was high in terms of casualties suffered by the Indian Army.

For the past 22 years, several accounts of the Kargil war in the form of articles, papers, reports and books have been written by writers, journalists, analysts, and authors. Some of these accounts included narration by those who participated in the war. This article draws upon a few of those personal accounts. Collectively they are intended to give the reader a fairly accurate overview of the conflict.

Commenting on the impact of the Kargil surprise on the morale of India’s senior military leaders (which had a trickle-down effect on the rank and file as well), Lt Gen. Gautam Banerjee says, “The situation prompted the army chief to tell the Prime Minister that the army’s ‘heart was willing, but the body was weak’, while the navy chief rued that policy-makers were ‘innocent of the knowledge that it takes decades and centuries to build up a navy’.”

Notwithstanding their mask of outwardly concern, successive governments of the 1990’s had been complicit in this downslide. Despite their pronounced intent, they did nothing to improve the matters. They all misled the nation when they parroted the cliché that, ‘armed forces are ready to face any challenge’. While the ailing health of the organisation and the apathetic treatment meted to it is beyond the length and scope of this article, it is in this pitfall in organisational morale that the conflict should be viewed.

In his book ‘Kargil: From Surprise to Victory', then Chief of Army Staff General V.P. Malik, described the conflict as a ‘limited war—the first of its kind after India and Pakistan tested their nuclear weapons.’ Despite both nations signing the Lahore Declaration, an agreement touted as the start of a new era of peace in India-Pakistan relations, the conflict devised by Pakistan military came as a shock to the civilian establishments in both countries. Worse, it took the relations back by decades. The conflict marked a trend defining future military engagements with limited wars as a new operational reality in the strategic environment. As Gen. Malik wrote, ‘The Pakistani leadership was forced to sue for ceasefire and seek withdrawal of its troops from the remaining areas… “Operation Vijay”—the Indian codename for the war was a blend of strong and determined political, military and diplomatic actions, which enabled us to transform an adverse situation into a military and diplomatic victory.’

Lt Gen. Amarnath Aul (retd), who was the Commander of 121 Independent Infantry Brigade recounts the compulsions that triggered the war. He says, “Initially when the intrusions were detected, it was felt that terrorists’ have infiltrated, and that they would be cleared very soon. Subsequently, it was apparent that we were facing a regular force which had penetrated deep inside all our sectors. The threat to NH1A was apparent as it is the only connectivity between the Valley and Ladakh region, which, was a lifeline to the latter. The enemy’s aim was to cut off this lifeline, capture Turtuk in the Nubra Valley which would isolate parts of Siachen from Ladakh. With this situation prevailing in mid-May 1999, we had to take a decision to clear the enemy from our side of the LC. It took us some time to build up our forces and firepower before we finally launched our offensive.’

“On June 1, we came under the command of 8 Mountain Division. Having realised the strength of the enemy at various heights, we got into the process of building up our forces and firepower to almost 20 firing units. It took us almost 12 days to gear up. The first assault was launched on Tololing on June 13 by 2 Raj Rif with 18 Grenadiers providing the firm base. The objective was captured by the morning of June 14. Tololing was the first objective to be captured and it paved the way for our subsequent successes.”

Recounting his experiences leading the Tololing assault, Capt. Akhilesh Saxena (retd), a forward observation officer at that time, says, “We had written our final letters to our loved ones before we proceeded to attack the Tololing peak in what was basically a suicide charge. The enemy rained down continuous fire—artillery shelling and bombardment—upon our advancing party. We lost several men and many sustained serious injuries. Our supply lines were cut off by the enemy. The only things we carried to the assault were some bullets, hand grenades rifles and rocket launchers. We had no rations. There was nothing to eat or drink. We had to budget our supplies. The idea was, if we could carry a kilogram more than why not a kilogram of ammunition?’

“Capt. Vijayant Thapar, who was posthumously awarded the Vir Chakra, and I were the only two officers leading this attack. We had seven to eight jawans with us who were grievously injured. Sitting there we began to brainstorm. If the enemy has been well-entrenched for three months, then they must be having food and supplies. We soon discovered that they had a kitchen between two peaks. However, the danger was that if we had begun our descent towards the kitchen from the feature we captured, the enemy sitting on the next peak would be able to observe our movements and rain havoc upon our position with pot-shots. Hence, we waited for some time. Eventually, we concluded that it was time for drastic measures. We decided to risk it all in what could best be described as madness. Our troops were injured and starving. If one of us had to make the sacrifice for the survival of our men, then the cost though high was bearable!’