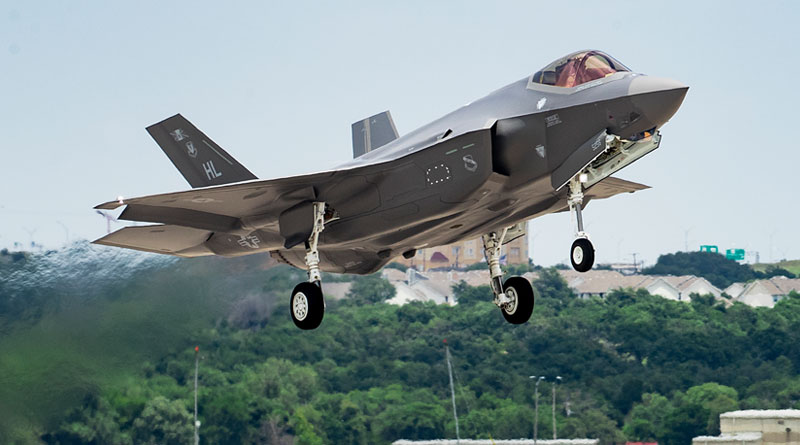 The F-35 fleet has achieved 200,000 flight hours across global operations, a significant milestone demonstrating the program’s progress and growing maturity.

“The F-35 air system is a key enabler of our National Defense Strategy and delivers the combat proven, advanced capabilities our warfighters and Partners need to meet mission requirements,” said Vice Admiral Mat Winter, Program Executive Officer for the F-35 Joint Program Office. “This 400th delivery is a significant milestone as the F-35 Enterprise continues to grow and expand around the world. The collaborative efforts across the JPO, U.S. services, partners, and industry remain focused on driving costs down, quality up, and faster delivery timelines across our development, production, and sustainment lines of effort.”


“These milestones are a testament to the joint government, military and industry teams designing, building, sustaining, maintaining, operating and flying F-35s around the globe,” said Greg Ulmer, Lockheed Martin vice president and general manager of the F-35 Program. “The F-35 is delivering transformational capabilities to the warfighter and with every delivery and every flight hour, the enterprise gets smarter, more mature and more effective.”

To date, 400 F-35s have been delivered and are now operating from 17 bases worldwide. More than 800 pilots and over 7,500 maintainers are trained. Ten nations are flying the F-35, eight countries have F-35s operating from a base on their home soil, seven services have declared Initial Operating Capability, and three services have announced their F-35s have been used in combat operations.

The enterprise is on track to deliver 131 aircraft to the warfighter this year, up 40 percent from last year. The F-35 program is expected to complete Initial Operational Test and Evaluation (IOT&E) this year and officially transition from the System Development and Demonstration phase and into full rate production and focus on our development, production, and sustainment lines of effort.

With stealth technology, advanced sensors, supersonic speed, weapons capacity and superior range, the F-35 is the most lethal, survivable and connected aircraft in the world. More than a fighter jet, the F-35’s ability to collect, analyze and share data, is a powerful force multiplier that enhances all airborne, surface and ground-based assets in the battlespace enabling men and women in uniform to execute their mission and return home safely.