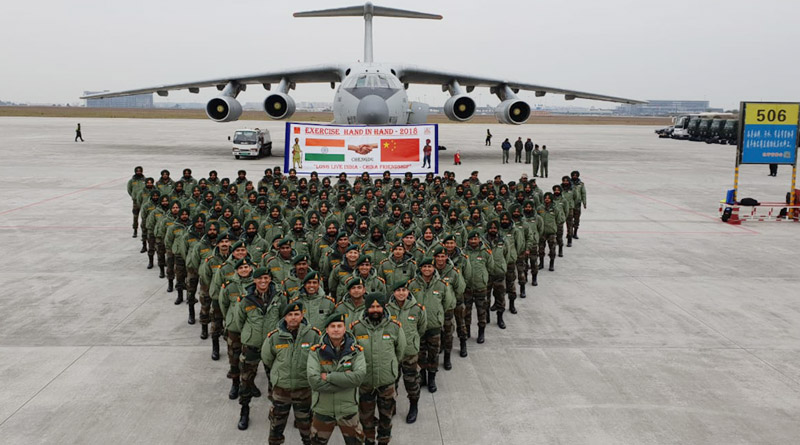 
Maj. Gen. Li Shizhong represented the Chinese contingent and Col Puneet Tomar led the Indian contingent. China fielded PLA troops from the Tibetan military command. Each side was represented by a contingent of 113 troops and officers. As part of the validation exercise held on December 22, troops of both the armies carried out specialised joint counter-terrorism operations including room intervention and hostage rescue which was witnessed by dignitaries of both the armies. General Officer Commanding, Trishul Division, Maj. Gen. Sanjiv Rai reviewed the validation exercise in the presence of senior Army officers from both countries. The troops shared best practices being followed by both nations in counter-terrorism operations in urban and jungle terrain and the exercise provided an opportunity to both the armies for greater understanding and strengthening mutual trust and cooperation. The 2016 iteration of Hand-in-Hand was held in Pune with focus on counter-terrorism exercises in non-urban areas. This year’s exercise with PLA was significant since it was held after a gap of a year. The drills were cancelled last year following the 73-day military standoff at Doklam between the Indian Army and PLA.