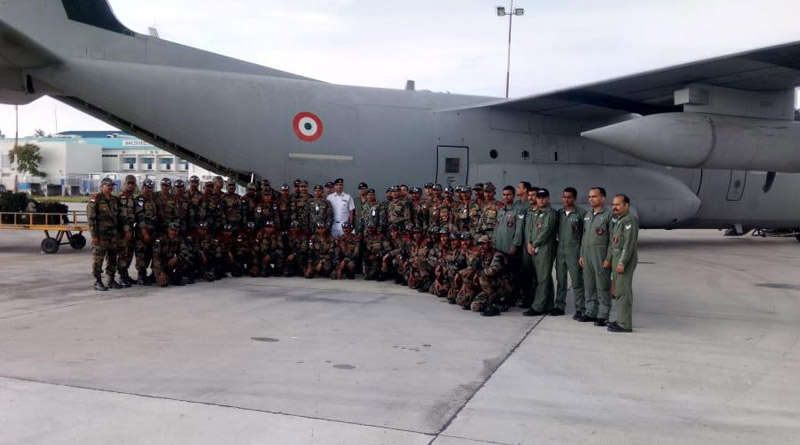 Forty-five officers from the 17th battalion of Madras Regiment arrived in Maldives on December 14 to participate in Exercise Ekuverin 2018. Ex Ekuverin will be conducted from December 15 to December 27 at the northern headquarters of the Maldives National Defence Force (MDNF) in Maafilaafushi.


The exercise will primarily involve counter-terrorism and counter-insurgency drills with aims of strengthening the military alliance and interoperability between both countries. The training programme will also include amphibious operations among other drills.

Ekuverin series of bilateral exercises between India and Maldives started as a training programme in 2009 and has been held every year since. Last year’s exercise was held in Belgavi, Karnataka.