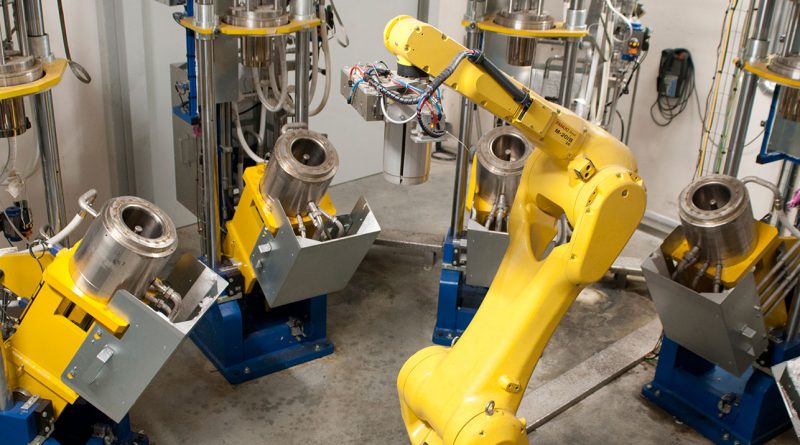 The highly automated LI2CM (three times more robots than the line 1) has an annual capacity of 250 000 modules per year and will double the Bergerac site’s capacity. EURENCO has now the largest production capacity in Europe for modular charges. The LI2CM will support our European customers like Nexter Munitions and will be an asset for EURENCO to offer its modular charges on export markets in Europe, Asia, Middle-East and the Americas. Modular charges enhance the performances of modern artillery systems (range, firing rate, no residue) and save logistics costs. EURENCO’s modular charges are compatible with any 155mm gun (52, 45 or 39 caliber) such as the CAESAR, PZH-2000, FH-77 and K9.

Last but not least, the LI2CM strengthens the Bergerac site as EURENCO’s excellence center for combustible items and propelling charges including modular charges for artillery systems, combustible cases for tank ammunition and Nitrofilm for mortar increments. More than 1.3 million modular charges have been produced till date in Bergerac.