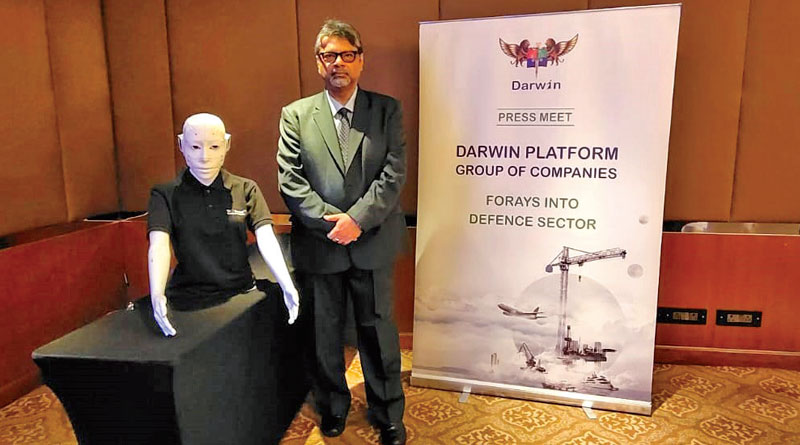 The Mumbai-based Darwin Platform Group of Companies (DPGC) announced on June 25 that it would be developing prototypes for jackets, arms and systems against laser-guided weapons.

According to DPGC Group CEO, Dr Raja Roy Choudhary, ‘the step aims to resonate with the Indian government’s ‘Make in India’ campaign. The DPGC also showcased prototypes of indigenously designed and developed military equipment based on Molecular Nano Technology (MNT).

Dr Choudhary also stated that the DPGC has partnered with the Robotics Lab of the Hyderabad-based Woxsen University for designing and developing these prototypes. Under the project, the DPGC plans to provide three MNT-based equipment—military jackets, arms and ammunition, laser-guided munition and guidance against laser guided bombs—to the Indian forces. The DPGC-Woxsen University partnership will be creating these systems using Artificial Intelligence (AI) and RPA software for commercial use. While DGPC would work towards prototype production, Woxsen would assist in R&D.

Advantages of the MNT: An Indian soldier typically carries at least 20 kg of equipment during operations. However, MNT can ensure that a soldier’s equipment doesn’t weigh more than 10kg and is an upgrade on the previous system. Military jackets based on MNT are much lighter and have more strength. These jackets use light bending nano-technology to fabricate camouflage technology into clothing that officers in war zones usually wear. Sensors are getting used to detect fractures in military equipment.

Bullets made using MNT mechanisms can pierce through any object or shield. Carbon Nanotubes are being extensively tested in this field and are yielding remarkable results. Hence MNT can improve the features of regular arms or guns used by the armed forces to a great extent. MNT can make the weapon much lighter and functional.

Laser-guided bombs (LGBs) use semi-active laser guidance to strike a designated target with greater accuracy than an unguided bomb. These weapons use onboard electronics to track targets assigned by laser, typically in the infrared spectrum, and adjust their glide path to strike the target accurately.

The main task is to catch the laser beams directed upon the target; to make a guidance system against these LGBs. A Laser Warning Receiver system (LWR) can detect these lasers. A laser warning receiver is a type of warning system used as a passive military defence. It detects, analyses, and locates directions of laser emissions from laser guidance systems and laser rangefinders. The military can deploy DPGC’s systems against laser-guided weapons as countermeasures.