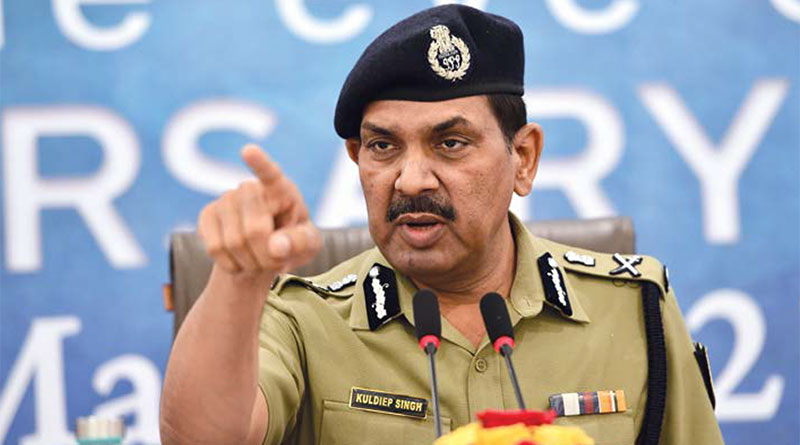 The DG CRPF, Kuldiep Singh held a press conference ahead of the 83rd CRPF Raising Day in Jammu on 18 March 2022.

During his address to the press, he said that the removal of Article 370 has improved the situation in J&K. He added that the number of stone-pelting incidents had come down and 175 local and foreign terrorists came to be apprehended between 2021 and March 2022, as against 183 in 2020. He called the situation in the valley “safer”.

During the same period, 7,541 caches of ammunition were recovered from Jammu and Kashmir alone, 5,760 from LWE (Left Wing Extremism) affected areas, and 2,194 in the North-eastern region, according to the CRPF data.

Speaking about Assistant Commandant Bibhor Kumar Singh, who lost both his legs in a Naxal IED blast in Bihar on 25 February, the DG said, “I am the only person who is accountable for anything that happens to jawans within the CRPF. It is true that he could not be airlifted sooner, but we have to rely on pilots for technical difficulties, which, in this case, led to such a serious situation.” He added that a dialogue with the Indian Air Force (IAF) and Border Security Force (BSF) to help the CRPF personnel are frequently held.

Regarding the recently concluded Assembly elections in five states, including Uttarakhand, Uttar Pradesh, Punjab, Manipur, and Goa, he said, that 41 VIPs were provided security by the force during the time.

Taking serious note of the suicide by CRPF personnel, Singh said that a workshop ‘Chaupal’ will be organized to counter mental stress.

“Till now in the year 2022, 10 personnel have died by suicide. We are taking various steps to address mental stress by organizing ‘Chaupal’ where personnel share their problems, and we try to solve them. If we are unable to solve it then we take it to the professionals,” he said.

The Central Reserve Police Force (CRPF) is currently occupying 737 properties in Jammu and Kashmir for its duties, including residences of Kashmiri Pandits, hotels, cinema halls, industrial units, agricultural land, orchards and a school and a hospital as well.