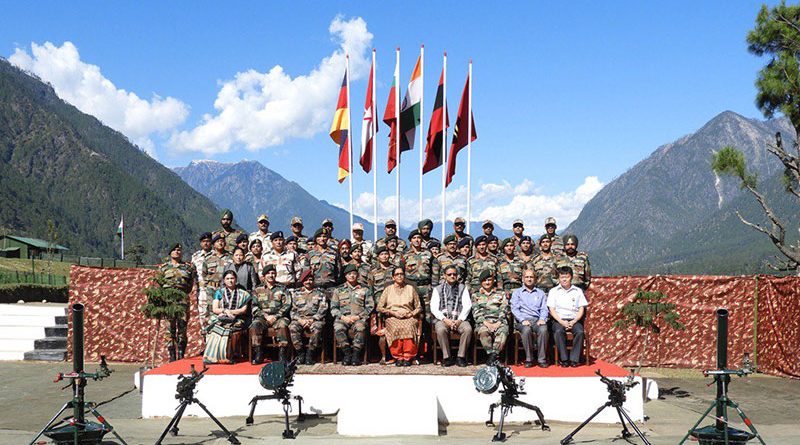 
The minister was briefed on the situation and defence preparedness along the LAC. She also interacted with the troops and appreciated their dedication to the service and efforts in such a remote and inhospitable terrain. As part of this visit the minister also visited the important eastern air base of Chabua, where she was received by Air Marshal Rajesh Kumar, Senior Air Staff Officer HQ Eastern Air Command, and Air Commodore George Thomas, AOC, Air Force Station Chabua. During the visit she took stock of the operational preparedness and infrastructure development of the base. The strategic base presented a static display of the combat assets available at the station to the minister, which included the Su-30 MKI fighter aircraft and modern missiles. She also interacted with air force personnel serving in this eastern most region of our nation and had lunch with them. She complimented the air warriors for their professional approach and commitment in the service of the nation. She appreciated the operational readiness, ongoing infrastructure development and the high morale of the personnel at the base.