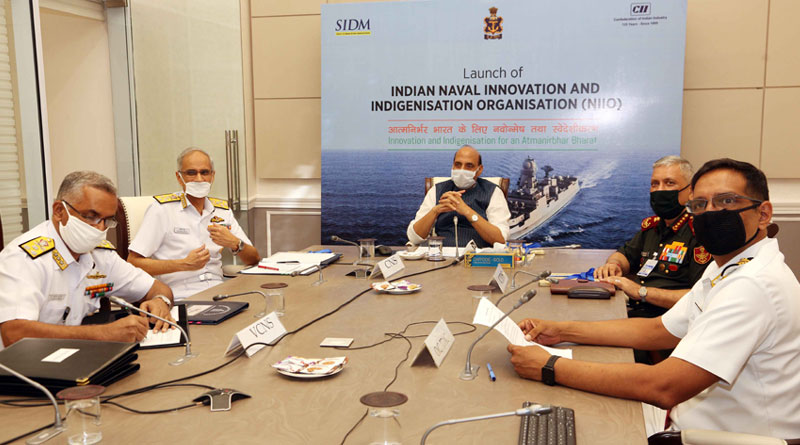 The Naval Innovation and Indigenisation Organisation (NIIO), which puts in place dedicated structures for the end users to interact with academia and industry innovation and indigenisation for self-reliance in defence was inaugurated by Defence Minister Rajnath Singh via video conferencing on August 13.

Chief Minister of Uttar Pradesh Yogi Adityanath among other dignitaries was present at the event.


The NIIO is a three-tiered organisation. Naval Technology Acceleration Council (N-TAC) will bring together the twin aspects of innovation and indigenisation and provide apex level directives. A working group under the N-TAC will implement the projects. A Technology Development Acceleration Cell (TDAC) has also been created for induction of emerging disruptive technology in an accelerated time frame. 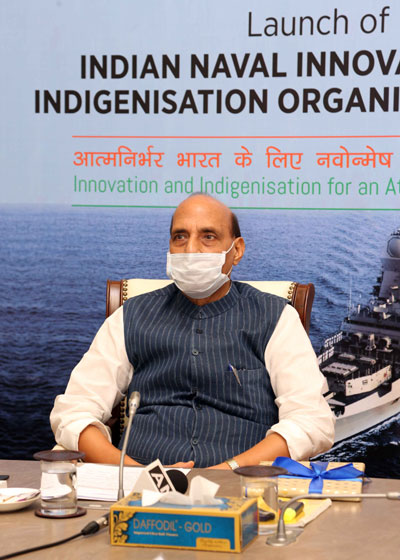 The Draft Defence Acquisition Policy 2020 (DAP 20) envisages Service Headquarters establishing an Innovation and Indigenisation Organisation within existing resources. Indian Navy already has a functional Directorate of Indigenisation (DoI) and the new structures created will build upon the ongoing indigenisation initiatives, as well as focus on innovation.

During the launch event, the Indian Navy signed Memorandums Of Understanding (MoUs) with:-

An online discussion forum for engaging domestic industry and academic institutes has been created in partnership with RSU and was launched during the webinar.