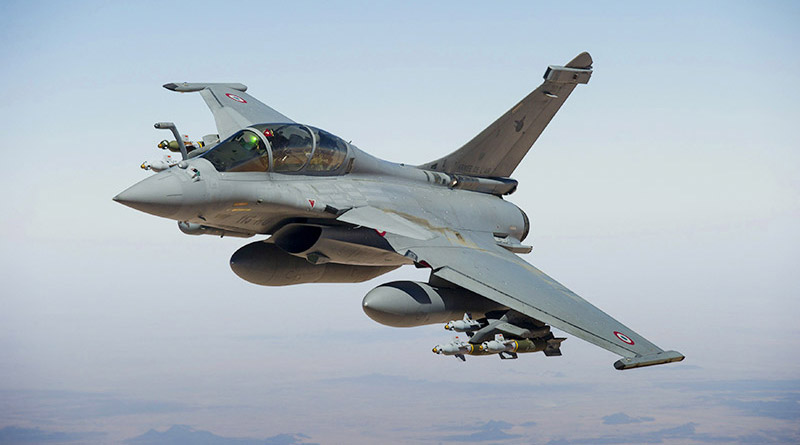 France-based Dassault Aviation has welcomed the decision of the supreme court of India delivered on 14 December dismissing all petitions filed on the Rafale contract signed on 23 September 2016 in the frame of an Inter-Governmental Agreement between India and France.

“Dassault Aviation takes note of the supreme court conclusions establishing the absence of any irregularities in the decision-making process to purchase 36 Rafale, pricing of Rafale jets and selection of Indian offset partners including Anil Ambani-owned Reliance Defence by Dassault Aviation,” the company said in a press release.

The press release said the company has supported the needs of the government of India and the Indian Air Force since 1953. “Fully committed in a strong relationship of mutual trust with India for over 65 years now, all resources of Dassault Aviation are entirely mobilised to make the Rafale, chosen by India in 2012 following a very complete competitive bidding process and evaluation, the spearhead of the Indian Air Force,” it added.


“The deal is absolutely clean in accordance with Indian laws and regulations, as I have stated before, and the first Falcon part is currently under delivery out of our facility in Nagpur,” declared Eric Trappier, chairman and CEO of Dassault Aviation.

However, the judgement delivered by the apex court hasn’t gone down well with the opposition, with some saying that incomplete reports had been filed in the case. On the other hand, the Parliamentary Accounts Committee (PAC) chairman and senior congress leader Mallikarjun Kharge accused the government of misleading the top court by presenting wrong facts about the CAG report in its affidavit filed with the court.

The court noted the Rafale pricing had been assessed by the Comptroller and Auditor General (CAG), and the same report was placed before the PAC. However, it was found that no such CAG report was there, and the PAC wasn’t aware of any reports laid in front of it. The congress president Rahul Gandhi launched a scathing attack on the government asking whether PM Modi had formed his ‘own PCA’ in the PMO.

The report laden with grammatical errors became an embarrassment for the government as it sought to file a review petition to correct them. That strengthened the attack on the Modi government as the legal experts said the errors may have resulted in a ‘flawed judgement’ in the case.

However, the defence minister Nirmala Sitharaman, on 17 December, refuted allegations that her government had misled the court, saying it was the congress, not Bhartiya Janta Party that had misled the nation. She admitted that there had been errors in the report and the same were sought to be corrected thereafter, and presented to the court.