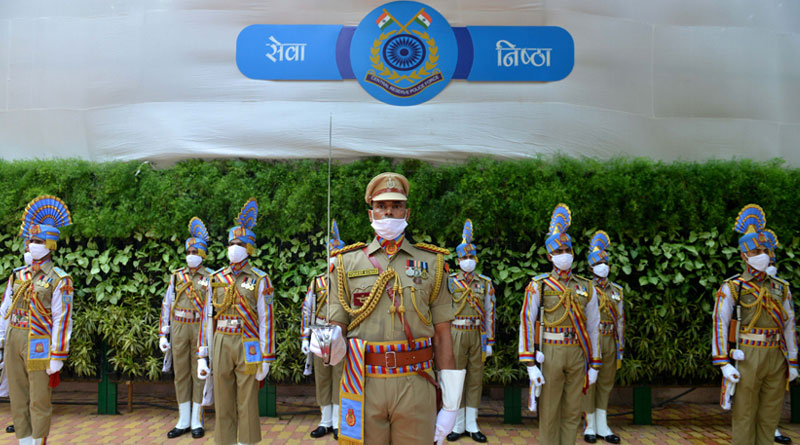 Talking about the  commitment of the Force to its motto “Service & Loyalty”, Dr Maheshwari mentioned the sacrifice made by over 2200 CRPF personnel for the country

CRPF today organized a quiet function, customized to meet the pandemic protocols, in its headquarters premises in New Delhi to mark its 82nd Raising Day.

On the occasion, the Chief Guest inaugurated an App entitled ‘SAMBHAV’ developed by the Force for its personnel. The App provides a one-stop platform for the Force personnel to access myriad matters pertaining to their service. The digital window provides a wide-angle view of the professional, administrative, welfare and other service related information to the Force personnel.


Earlier, welcoming the Chief Guest, Director General CRPF Dr Maheshwari said that CRPF was a dedicated and multi-spectrum Force with a huge popular appeal. By its sheer dedication to the Nation and hard work, CRPF had earned the confidence of the people. Highlighting various specialised arenas CRPF had been working in, Dr Maheshwari that it was the only Force which with its focus on community collaboration, uniformly fit into the federal structure of our country and was widely accepted. He added that the Force had been able to calibrate all its endeavours with human sensibilities.

“CRPF, raised as the Crown Representative’s Police on 27th July 1939 was rechristened as the Central Reserve Police Force in 1949. Over the last 82 years, as the Nation grew from strength to strength, CRPF too went on gaining in size to become the largest paramilitary force of the country with 246 battalions. It is also the most decorated Force with 1980 gallantry medals- highest among the CAPFs. It is the designated Force for maintenance of internal security of the country with specialization in jungle warfare, riot control, crowd management and IED disposal among others. The visibility of the Force is also significant during elections, natural calamities, annual Sri Amarnathji Yatra and over and above during public health crisis like the Covid-19 induced pandemic, in addition to its courageous and continuous engagement in the terrorism-hit J & K, insurgency-affected North East and the LWE areas,” the press release further stated.

Union Home Minister Amit Shah, who was to attend the function as the chief guest, remained absent.