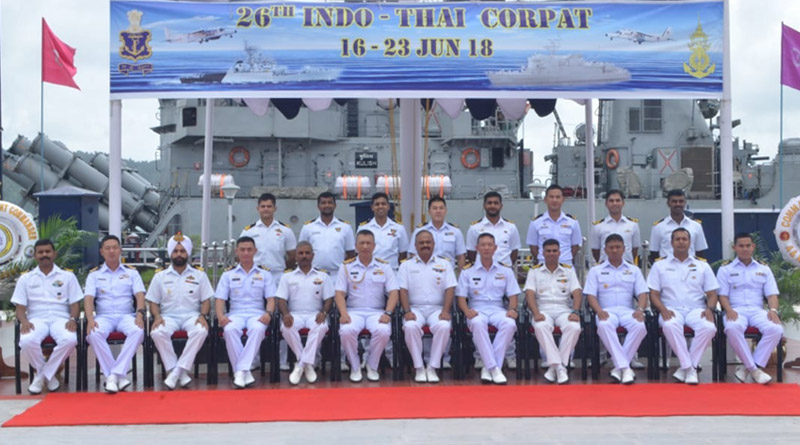 The Indian Navy has been participating with the Royal Thailand Navy in the Coordinated Patrol (CORPAT) exercise twice a year since 2005. This exercise keeps this vital part of the Indian Ocean Region safe and secure for commercial shipping and international trade.

The 26th iteration of India –Thailand Coordinated Patrol (CORPAT) was conducted from June 16 to June 22.

The Coordinated Patrol also serves to enhance mutual understanding and interoperability between the two navies. The CORPAT thus reflects the shared concerns between the two countries for the peaceful Indian Ocean for the benefit of the international community. During the stay at Port Blair professional interactions, sports fixtures, ship visits, and visits to places of historical and tourist interests were planned.

The debriefing and closing ceremony was held on June 22 at the Naval Component of the Andaman & Nicobar Command.