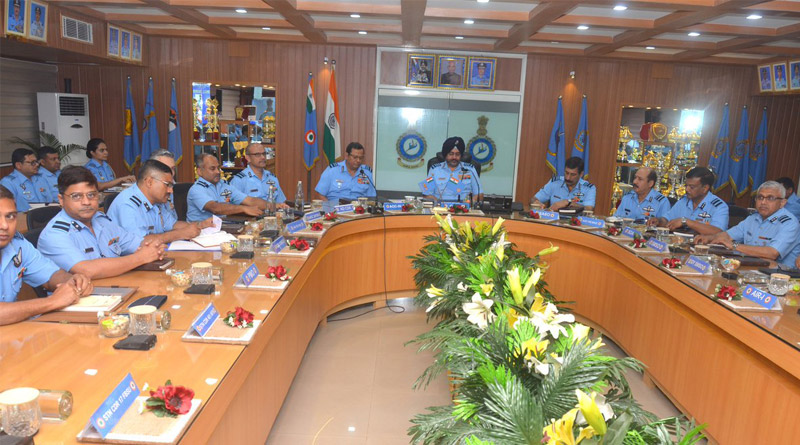 
At the conference, ACM Dhanoa expressed satisfaction with the induction of the Light Combat Aircraft (LCA) Tejas by SAC. He also lauded the efforts made by the SAC in HADR (Humanitarian and Disaster Relief) missions during the recent Kerala floods. He appreciated the synergy and coordination achieved by the command with the civil administration, the paramilitary and the sister services during the crisis.

Addressing the conference, Air Officer Commanding-in-Chief, SAC, Air Marshal B Suresh outlined the emerging strategic role of SAC, given the evolving power equations in the IOR and South China Sea which called for accelerated inductions of the indigenously built LCA Tejas and Sukhoi Su-30 fighters, infrastructure development, construction of IAF enclaves and deployment of radars.