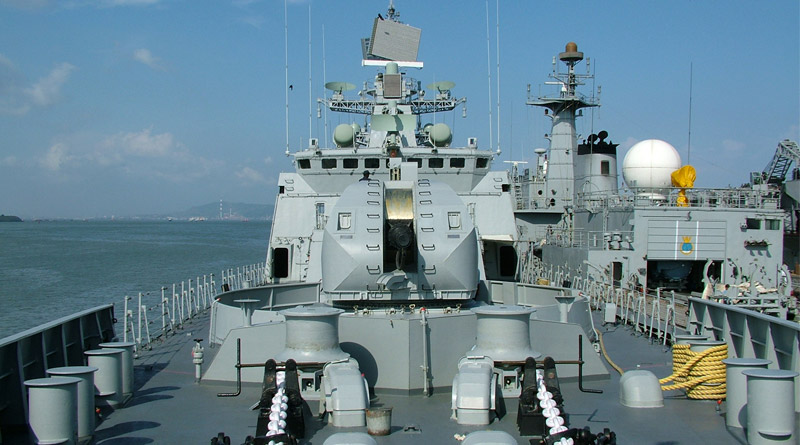 The missiles are estimated to cost Rs 2,500, which includes other launch systems on-board the ships

The four Krivak-III class frigates the navy is buying from Russia will be armed with the BrahMos anti-ship cruise missile (ASCM), the Ministry of Defence (MoD) stated, adding more firepower to the heavily armed 4,000-tonne warships.

The DoD approved the procurement of the BrahMos missile systems on December 1 for the Russian-built frigates, three of which will be built in Goa Shipyard Ltd under transfer of technology agreement.


The press release by MoD said, “The DAC granted approval for procurement of indigenous BrahMos Missile for two Indian Navy ships to be built in Russia. The indigenously designed BrahMos Missile is a tested and proven supersonic cruise missile and will form the primary weapon on-board these ships.”

The procurement of the four frigates had been approved by the Cabinet Committee on Security (CCS) in October 2018. The missiles are estimated to cost Rs 2,500, which includes the cost of the “vertical launch system” and missiles on board the ships.