Why the IPKF mission went horribly wrong. An extract 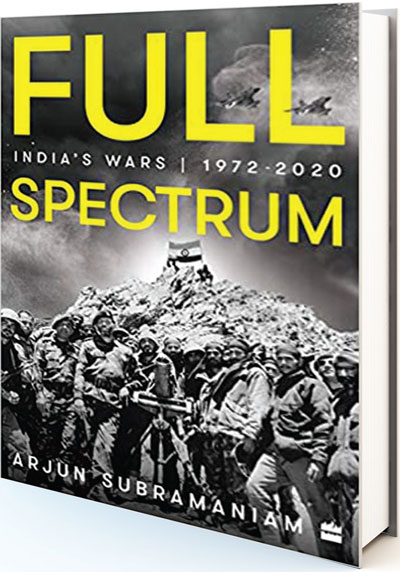 David Brewster, an Indian Ocean maritime security expert at the Australian National University, is among the few researchers who has tracked what he calls “India’s coercive strategies”. He has written extensively about India’s strategy towards Sri Lanka and the emergence of an “Indira Doctrine on the lines of the Monroe Doctrine.” Rajiv Gandhi adopted the less-risky option of attempting a ‘peacekeeping intervention’ rather than a muscular unilateral military intervention. He cannot be faulted for his strategic intent. Where he faltered was in his timing, and the inability to assess whether India had the operational capability to gain a favourable strategic outcome. Also, the prime minister was not cautioned by his foreign secretary, army chief or the high commissioner about the possibility of a peacekeeping operation turning into a bloody and prolonged counterinsurgency and counterterrorism campaign.

The initial euphoria with which the IPKF was received in Sri Lanka soon faded away because of the reluctance of the LTTE to lay down arms and the hesitation of the Sri Lankan forces to comply with the terms of the ISLA. The altered military objectives of the IPKF from peacekeeping to peace enforcement did not go down very well with the LTTE. Moreover, the IPKF did not have the capability to either coerce or compel its principal adversary to do its bidding. There was poor operational synergy and the successes, if any, can be attributed to individual acts of initiative and courage. General Sundarji failed to involve his fellow chiefs in any of the strategic discussions with Rajiv Gandhi, and there was no attempt to set up a joint task force. Consequently, the army units were controlled from Pune and Chennai, the air force from Trivandrum and the navy from Cochin. Synergy improved when General V.N. Sharma took over as army chief, but it was too late by then. Some pin the failure of Operation Pawan on the inability to make the transition from peacekeeping to peace enforcement and counterterrorism in varied terrain. Sundarji was a brilliant mind, but he did not anticipate the vicious turn of events and the ‘dirty fighting’. Harkirat was completely out of his depth and not in sync with the reality of the unfolding conflict landscape. Major General Ashoke Mehta says that while the “LTTE varied its strategy from ‘confrontation’ to ‘avoidance of contact’, ‘hit and run’ remained the mainstay of its tactics. The IPKF on the other hand could not shed its psyche of a conventional force, though it effectively engaged in small-scale counterinsurgency operations.” He adds, “It was unable to engineer a change in mindset: fight a guerrilla like a guerrilla.”

The Indian Navy conducted a variety of operations during the almost three-year deployment of the IPKF, including covert operations with submarines and armed patrols by frontline warships. Over 4,00,000 troops, 8,000 vehicles and over 1,00,000 tons of equipment were ferried to and from Kankesanturai and Trincomalee. It provided naval gunfire support and carried out 152 interceptions on the high seas resulting in seventy militant boats being destroyed. Alize aircraft were based at Madurai and carried out armed reconnaissance missions to Jaffna, Trincomalee and Batticaloa in 1988, interdicting several LTTE boats. The MARCOS conducted over fifty special operations and cut its operational teeth in Sri Lanka. It largely operated as single-service entity and was constrained by the lack of political and strategic guidance on the use of maritime power in counterinsurgency and counterterrorism operations. Though using frigates to provide Naval Gunfire Support (NGS) was tried, New Delhi had not thought through the various maritime possibilities that would have involved frequent infringement of Sri Lanka’s sovereignty and territorial waters. Operation Jupiter was one such joint possibility, which ended up as a useful operational simulation.

While the Indian Army readied an extra Infantry division and its para brigade as part of a contingency plan to cover the withdrawal of the IPKF, the Indian Navy sailed the aircraft carrier INS Viraat into the waters off the Kerala Coast in mid-July 1989. Code named Operation Jupiter, the preparation and deployment was a back-up in case the Premadasa Government crossed the line by undermining the ISLA completely and openly aligned itself with the LTTE to hasten the IPKF’s departure. The Viraat was also to assist the evacuation of the staff at the Indian High Commission in Colombo should matters get rough. Commanding the Viraat was Captain Madhavendra Singh, a future Chief of Naval Staff. Recalling the momentous events that commenced with a brief order on 17 July to get to operational readiness and sail south, Madhavendra had ‘12 hours for steam’. In naval parlance that meant 12 hours to get to full operational readiness from his current position at anchorage, barely two miles off Mumbai harbour.

As they passed Goa, the Sea Harriers embarked from their base at INS Hansa, complementing the Sea King 42 C (commando carriers) and the Cheetah light helicopters as the aerial component of the Viraat. Choppy seas prevented the loading of missiles, ammunition and other aviation equipment. This meant that the Viraat had to stop-by at Cochin to pick them up. It was only after a few days of work-up off Cochin that Madhavendra was told that he would have company on board in the form of the 7th Battalion of the Garhwal Rifles (7 GARH RIF).

Commanded by Colonel Mohan Bhandari (later lieutenant general), 7 GARH RIF was airlifted from Bareilly into Trivandrum by IL-76 aircraft of the IAF and transported by road to the Cochin airfield. In a commendable operation on 26 July 1989, approximately 400 officers and men of the battalion along with all their equipment were airlifted to the Viraat in five-and-a-half hours. The Viraat’s Sea King and Cheetah helicopters flew 76 sorties in a stupendous display of flying in monsoon weather conditions. Originally a commando carrier with the Royal Navy in the post-WW II era, Viraat had adequate space to accommodate the 400 Garhwalis with spare beds for the High Commission staff should an evacuation be necessary.

Madhavendra recalls that it was a good experience in planning and preparing for out-of-area-contingency operations as the Viraat and its Sea King and Cheetah crews spent quality training time with 7 GARH RIF over almost two weeks as they waited in Indian international waters, away from the gaze of the Sri Lanka Navy. As the Garhwalis finally disembarked after the operation was called-off, Madhavendra heard the troops talking among themselves in Hindi about Viraat, “Arey Yaar, yeh kamal ki cheez hai—mini shahar hai.” (this is a wonder, just like a mini city).

Air operations during Operation Pawan took place under severe limitations and without adequate strategic guidance. Within the IAF itself, there was little debate and discussion during the time on the employment of air power at the lower end of the conflict spectrum. Like the Indian Navy, the IAF largely operated as a single-service entity though the synergy improved as the conflict progressed. Gradually, the Indian Army was regularly and effectively supported by transport aircraft and helicopters across the range of combat operations. The various challenges included difficult jungle terrain and urban operations with restrictive rules of engagement. The mobile and fleeting nature of the targets meant that fire was largely ineffective unless targets like enemy camps or headquarters were discovered and engaged before they were abandoned.

Navigation, reconnaissance, target identification and acquisition were complicated. Helicopters were compelled to fly low for target acquisition, thus inviting small-arms fire. Several roles like Special Heliborne Operations (SHBO), interdiction of the LTTE’s supply and communication lines and scout missions by the Army Aviation’s Cheetah and Ranjit helicopters were tried for the first time in such an environment. Accurate intelligence has always been key for the successful execution of SHBO and real-time targeting of fleeting targets. Even though the LTTE did not have the equipment to intercept air-to-air and air-to-ground communication, they always managed to intercept the army’s communications and thus were always a step ahead. This prevented many SHBO and gunship missions from achieving their aim—the University of Jaffna fiasco being a prime example.

Helicopters were inadequately equipped for night operations. There was no provision for fitting searchlights onto helicopters, which completely prevented the conduct of regular night search and patrolling. Jaguar and MiG-23 fighter aircraft flew almost 60 sorties in the reconnaissance role. Their impact in providing targeting information was minimal. While there has been a widespread acknowledgement of the IAF’s effectiveness from several senior army commanders, an equal number of officers who were in the field have highlighted serious deficiencies. If numbers tell stories, the IAF flew over 48,000 sorties on ten different types of aircraft during the IPKF operations. It carried 16,000 tonnes of load and 240,000 passengers. For the IAF, it was a significant learning experience in an out-of-area-contingency operation and the helicopter and transport fleets matured significantly after the experience.