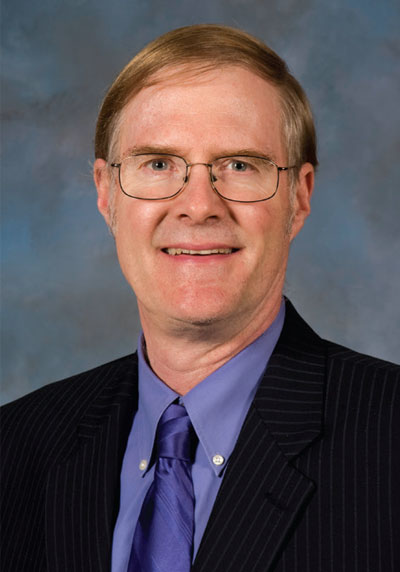 What were the challenges in evolving the Counterinsurgency (COIN) Doctrine which basically told the military what they were doing wrong?

Actually, within the military there was wide awareness that reform was necessary. No one was satisfied with what was occurring in Iraq. The challenge was deciding exactly what sort of changes needed to be made. LTG Petraeus returned from Iraq with his own ideas that informed the army initiatives, and he was aware that LTG Mattis was doing the same for the Marine Corps. One of my key roles became combining and reconciling the two approaches. The biggest task for the writing team was selecting the best ideas that would meet the expectations of those two distinguished soldier-scholars.

What kind of resistance did you face?

We ran into a number of different forms of resistance, but LTG Petraeus was a master at dealing with them, usually by making the dissenters part of the process. The involvement of so many disparate groups at the big February 2006 conference insured buy-in from the interagency and human rights community, among others. He also had key media contacts there.

When someone criticised the manual in print, he had myself or his XO, Col. Pete Mansoor, pen an immediate response. The Intelligence Centre at Fort Huachuca did not like our social-cultural intelligence and some other proposals, and held up the publication of the manual by a couple months. Eventually, LTG Petraeus ordered the commander there to send a team to meet with us and resolve our differences, which we did, resulting in a better product. But that delay also gave Ralph Peters time to write a harsh article condemning the doctrine for neglecting enough killing. He was one of those critics who favoured an enemy-centric approach to COIN instead of a population-centric one. LTG Petraeus invited him to Fort Leavenworth to debate LTC John Nagl on the issue, and a few more changes were made to the manual afterwards, satisfying Peters enough that he then wrote a complimentary piece next.

Would you make a distinction between counterinsurgency and counterterrorism?

Counterterrorism involves preventing or mitigating violence or the threat of violence designed to instil fear and coerce governments or societies in pursuit of some goal. Counterterrorism is really using mostly kinetic actions to target a tactic and can sometimes appear to be similar to a game of ‘Whack-a-mole.’

Terrorism can be managed, but never completely eliminated. Counterinsurgency, on the other hand, is an operational approach of comprehensive civilian and military efforts designed to simultaneously defeat and contain insurgency and address its root causes. It is designed to lead to a solution that ends the insurgency.

Can one template be used on another?

Plenty has changed since you wrote Cassandra in Oz. If you were to revise it, what would you change/ add?

The main purpose of the book was to tell the true story of the creation of FM 3-24 and counter misconceptions about it, and that has not changed. I think I could have done a better job describing the flaws in our doctrine, most notably our erroneous assumption that our interests and those of the supported government were the same. We have found in both Afghanistan and Iraq that we sometimes had to spend as much time coercing our so-called friends as our enemies. This error has been fixed in later editions of the manual.

One new observation I think I would add to my closing chapter is that we have become so enamoured of the cyber domain that we have forgotten that it is just a subset of a much broader information domain. The US is awful at information warfare, designed to make enemy people and machines make bad decisions while protecting our own. We need to do a much better job of synchronising our psychological operations, public information, electronic warfare, cyber operations, and social media like our enemies are doing. We have too many organisational barriers and stovepipes, and no unified messaging.

From active military service to teaching and writing, how has this journey been?

I started to learn the joys of research and writing in my undergraduate days at West Point, and really got hooked in graduate school at Stanford. Going back to teach at West Point reinforced my love of military history and the joys of teaching eager students. Coming to the Army War College further expanded those interests and gave me levers to have a greater impact on the army I have always been devoted to. I have always had the goal to make a difference every day and have had the opportunity to do that wherever I have been, as a military officer or department of defence civilian.

What kind of discipline did the three interwoven careers impose on your lifestyle and approach to work?

From the army I have learned the importance of duty, from teaching the importance of communication and empathy, and from written scholarship and the discipline of history the importance of sceptical critical thinking. There is no greater responsibility than transmitting truth, whether up to power or down to students, or out to the general public or academia.

Given your experience, how do you assess the profile of a military officer today in terms of reading habits? In India, senior officers often complain that the young do not read; that their attention span is limited to social media updates. How is the situation in the US military?

Everyone in the military complains about the rapid operational tempo. It is hard to find time to read books, though many do. The best readers seem to carve out some time every day to digest a few chapters of their latest targeted tome. Most of the officers that I know do stay current reading pertinent journal and internet articles relevant to the profession. There is a wealth of different information sources out there. One of the greatest responsibilities we have as senior leaders and mentors is to educate our subordinates and students on how best to utilise their time wading through all the ‘infobesity’ to find those sources most important to digest, as well as on how to analyse and judge their content.