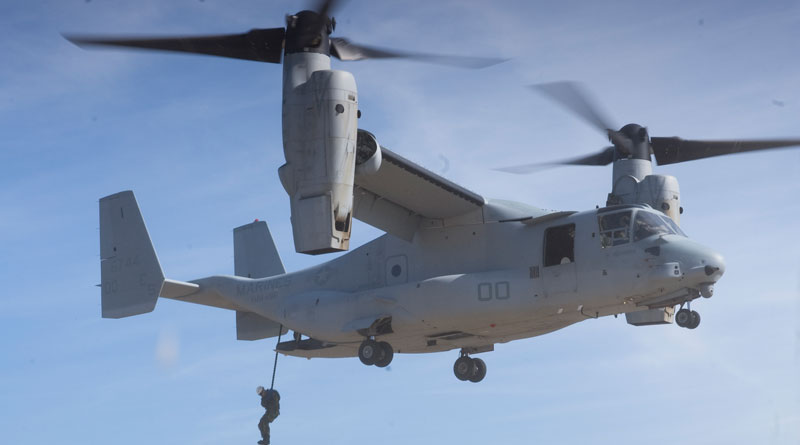 “We are proud to partner with Rossell Techsys to deliver high quality components for some of Boeing’s most advanced platforms like the Osprey and Apache,” said Salil Gupte, president, Boeing India. “Boeing remains committed to investing in India’s supplier capability and a local work-force across manufacturing engineering services, training and skills-development, to create a world-class aerospace ecosystem in India.”

Rossell Techsys has been a long-standing Boeing supplier in India, since 2013. The contract for AH-64 Apache components was awarded to Rossell Techsys in March 2017, and the V-22 Osprey components in August 2017. In January 2019, Rossell delivered the 15,000th wire harness to Boeing for the AH-64 Apache.

Boeing has invested significantly in the development of a robust aerospace ecosystem in India, with over 160 existing industrial partners including Rossell Techsys, who are raising the bar to deliver world-class quality, cost-efficiency and productivity as they become an important part of the company’s worldwide supply chain for some of the most innovative products in the world. Boeing provides technical knowledge and support to suppliers, helping them deliver components of the highest quality standards for the global aerospace industry. Boeing sourcing from India has quadrupled over the years and now stands at $1 billion.

Boeing is the world’s largest aerospace company and leading manufacturer of commercial jetliners, defense, space and security systems, and service provider of aftermarket support. Rossell Techsys, the Aerospace and Defence (A&D) Division of Rossell India Limited, is a partner to global aerospace and defence companies, with expertise in Electronic Systems, Test Solutions, Interconnect and Electrical Systems, and in Aftermarket Services.