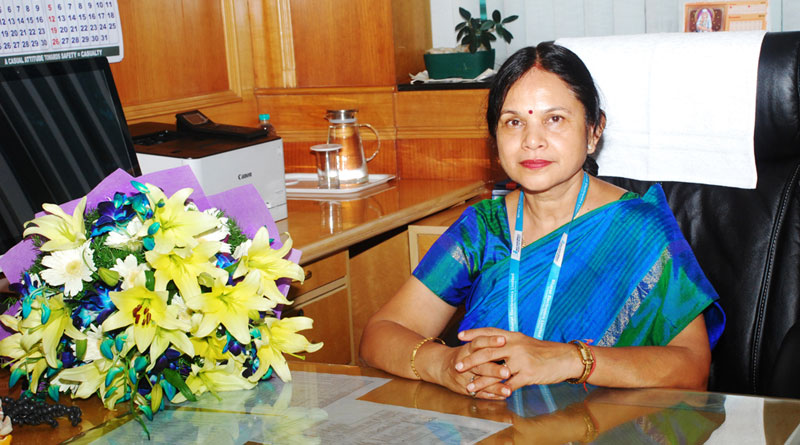 Shikha Gupta has over 34 years of experience in operations, R&D, business development, sales and life cycle support of many prestigious projects

Shikha Gupta took charge as the new Director – Other Units, of Bharat Electronics Limited (BEL) on 1 December 2019, the Navratna defence PSU has announced. She had served as the general manager of BEL’s Strategic Planning Division, Satcom and Cellular Communication Systems SBU at BEL-Ghaziabad and Export Manufacturing SBU at BEL-Bangalore, before her elevation as director.

According to a statement from the PSU, Shikha Gupta has over 34 years of experience in operations, R&D, business development, sales and life cycle support of many prestigious projects for the defence and paramilitary forces. She was involved in the execution and maintenance of land-based, ship-borne, submarine-borne and airborne mega projects of the army, air force and navy across the length and breadth of the country, including tough terrains of Jammu & Kashmir and North East. She also piloted many indigenous and collaborative development projects. She has rich experience in hardware, software and system development.

Shikha Gupta took charge as general manager of the Strategic Planning Division at BEL’s Corporate Office in 2015. During her two-year tenure as head of Corporate Strategic Planning, she gave shape to ‘BEL Vision 2030’ to facilitate long-term planning for the company’s growth. She initiated many strategic collaborations to address the business requirements of BEL. As chairperson of the Corporate Risk Management Committee, she was instrumental in formulating the Risk Management Policy of BEL. She also steered the formation of the Defence Innovation Organisation in partnership with HAL to address Innovation by start-ups and MSEs, under the guidance of MoD.