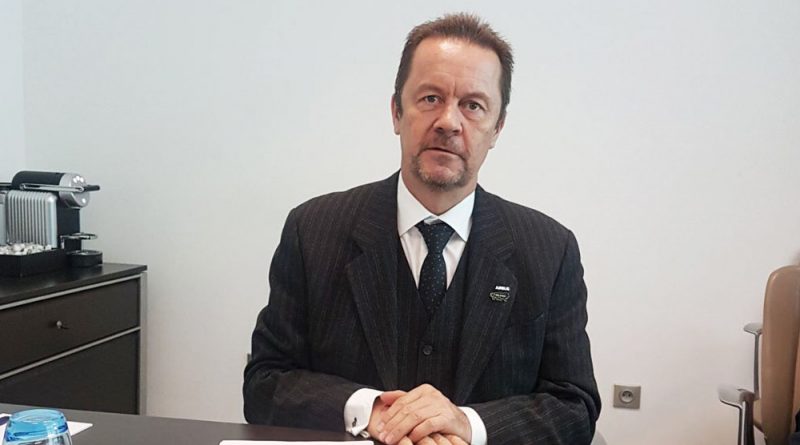 “We will transfer know-how so that the helicopters are made in India, so much so, that even upgrades, maintenance and modifications are done there.”

Marignane, France: Airbus Helicopters has offered its Panther helicopter for the Indian Navy’s 111 Naval Utility Helicopters (NUH). According to Airbus Helicopter Director, Make in India, Fabrice Cagnat,”ToT is very important. We are the only OEM with the most extensive experience in ToT. We will not send dismantled aircraft for assembly but will transfer know-how so that the helicopters are made in India, so much so, that even upgrades, maintenance and modifications are done there.”

He, however, added that, “the biggest challenge will be the L-1. The company would prefer the decision to be based 40 per cent on technical capability and 60 per cent on L-1 but we respect the Indian DPP process and will abide by it.”

This is because Panther, a 4.5 ton machine has good growth potential. It’s not a big aircraft, but has big capabilities. It can carry two torpedoes and fire them and can also integrate new age torpedoes referred to as intelligent torpedo. It can also have dipping sonar and is both multi-utility and multi-role along with a long range.

There are several contenders for this programme including the US, Russia and Airbus Helicopters.

The DAC on October 31 has given the Acceptance of Necessity (AON) for the 111 NUHs and the Indian Navy Chief, Admiral Sunil Lanba, has said in his press conference on December 1 that the contract is expected to be signed in the first quarter of 2018.


Since 15% of the helicopters are in flyaway condition, Airbus Helicopters will create the manufacturing line in India. This will cater to both local and global markets.

“Our intention is to make India the manufacturing facility for the Panther helicopters, provided we win the contract, ” said Cagnat. He further underscored that the company will manufacture whole frames in India among other components.

Cagnat commented on the other ‘Make in India’ programmes too. There are essentially three programmes: RSH (for which Kamov has got a first batch), NUH (for which we offer the Panther) and the NMRH (for which we propose the H225M helicopter). The Indian Navy also wants to buy 24 MRHs (maritime reconnaissance helicopter).

“In NMRH, some (about one-third) will be special operations platforms. The H225M has mission flexibility and can change configuration depending upon the role,” Cagnat remarked that the OEM selection for the MRH will impact the NMRH programme because that OEM will be in the better position in the NMRH competition too.