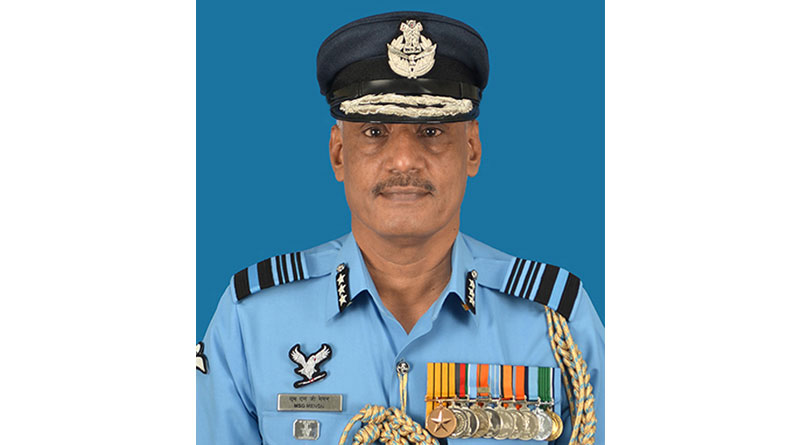 Air Marshal MSG Menon VSM has taken over as Air Officer-in-Charge Administration (AOA) of the Indian Air Force (IAF) with effect from 1 January 2020, said a press statement by the ministry of defence.

Air Marshal MSG Menon was commissioned in the administrative branch of IAF in December 1982. He holds a Bachelor of Science degree from Calicut University.

He has undergone higher air command course from College of Air Warfare. He is an alumnus of Defence Services Staff College Wellington and the prestigious National Defence College.


The Air Marshal is a Cat ‘AYE’ Air Traffic Controller and has commanded an operational radar unit at a major flying station. He was a member of the first UN Mission to Sudan. He has tenanted the appointments of Chief Administrative Officer at a major AF Station and Director at National Defence University. He has served as the Commandant of the prestigious Air Force Administrative College, Coimbatore and Principal Director Ops (Air Traffic Services). On promotion to Air Vice Marshal, he tenanted the appointment of Assistant Chief of Air Staff (Org & Ceremonial) and Assistant Chief of Air Staff (AF Works).

Prior to taking over as Air Officer-in-Charge Administration, he was the Director General (Works & Ceremonials) at Air HQ.

For his distinguished service, the Air Marshal was commended by the VCAS in the year 2007. He was awarded Vishisht Seva Medal (VSM) by the President of India in the year 2016.

He is married to Lakshmi Menon and they are blessed with a daughter, who is a microbiologist and is married.