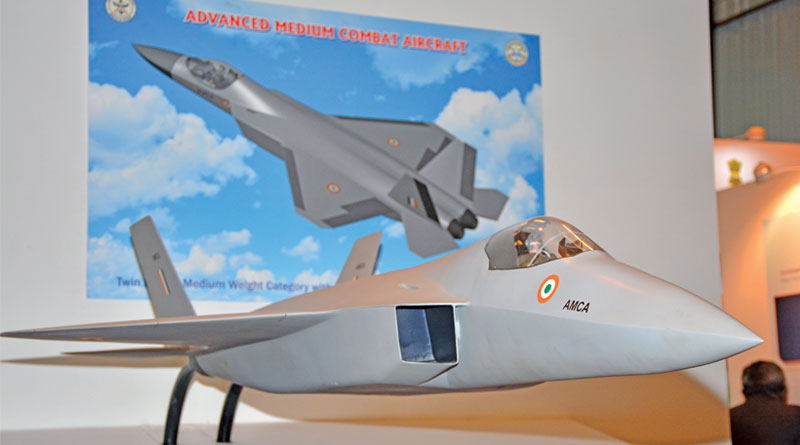 The Aeronautical Development Agency (ADA) has issued an expression of interest (EOI) seeking the participation of vendors in the manufacturing of the Next Generation Technology Demonstrator(NGTD), which would demonstrate the capabilities of the basic platform out of which the Advanced Medium Combat Aircraft (AMCA) would be derived.

The issuing if the EOI indicates that wind tunnel tests and the Preliminary Design Review(PDR) might have been completed .The vendors would be required to design tooling and processes for manufacturing parts based on the drawings presented by the DRDO , prepare sub-assembly jigs and test rigs for the components, LRUs and the whole airframe. The NGTD would be integrated at the Final Assembly and Check Out (FACO) Facility at the Sulur Air Force Base, Coimbatore. FACO would include infrastructure and hanger spacing provided by DRDO where the final assembly, integration and flight testing would be conducted.

The whole process is expected to require expertise in handling aerospace grade alloys with aluminium ,steel, titanium and composites, the entire external surface is to be manufactured using Carbon Fibre Composites. System integration capabilities concerning propulsion, mechanical, electrical, flight control and avionics would be key for final outfitting. The complete process from raw material procurement to final rollout of the first Technology Demonstrator is to take three and half years, the second TD would be rolled out in the next six months. ADA is aiming to complete the vibration, structural tests and the flight testing process in six years. The timelines look highly ambitious considering the technical challenges associated and one can only hope that ADA is not committing the same mistakes it committed with the GTRE in the LCA/Kaveri programme.