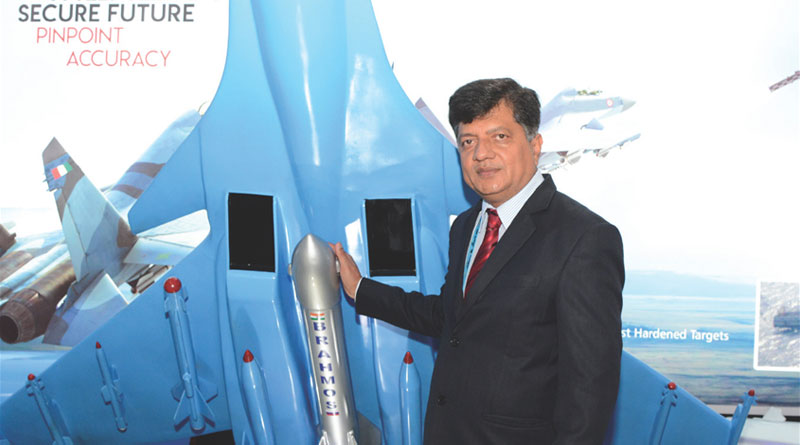 Chennai: If minister of state for defence Dr Subhash Bhamre retains his portfolio in 2020, the next DefExpo may take place somewhere in Maharashtra. Saying this, at the customary DefExpo press conference, defence minister Nirmala Sitharaman quickly added that the decision to hold DefExpo in Chennai was not based on parochialism, rather it was reflective of Prime Minister’s drive to break out of the Delhi-centric mindset. Though why that logic should not apply to Aero India (which has consistently been held in Bengaluru), was not specified.

According to Sitharaman, Chennai was chosen as the location for the Show because one of the two defence industrial corridors announced in the Union budget, are proposed to be located in Tamil Nadu; the other being in Uttar Pradesh. Hence, the ministry wanted to build on that by holding the show in the state.

What’s more, the defence minister added a foreign policy twist to the Show. She said that the Coromandel Coast of the Bay of Bengal which plays host to DefExpo 2018, is the historic place from where the mighty Chola dynasty send out its ships to Southeast Asia, thereby carrying forth Indian cultural, culinary and religious influences to the region. When India is talking about Act East and the Indo-Pacific, why shouldn’t a defence show be used to leverage the ancient links, she pointed out.

As if these were not reasons enough, minister Sitharaman offered yet another one. She said that several defence public sector undertakings, including some ordnance factories are based in the southern part of the country. Now when the government has decided to use DefExpo to showcase India as the emerging defence manufacturing hub, it only made sense to hold the show in the place close to them.

Yet, all these are not compelling enough reasons for Chennai to become permanent location for DefExpo. The minister smiled enigmatically at this question. “No decision has been taken on making Chennai the permanent location,” she said. Could the Show shift to the other defence industrial corridor in the north? Her response was only the smile that accentuated her dimples and softened her face.

For good measure she urged the visitors to partake in the spiritual, historical and cultural richness of the location. “You have Mahabalipuram on one side and Cholamandal Artists’ Village on the other side. See what this region has to offer,” she said.

What is it about the defence shows in India that brings out the spiritual side of Indian ministers!

Despite defence minister’s efforts at raising the level of the Show from the trivial to the profound, the assembled journalists remained stuck in the shallow grounds of defence procurement and production policy, strategic partner model and so on. Sure enough, these issues were deflected to the secretaries defence and defence production. To most questions, their stock answers were: This is work in progress. And so is DefExpo, it seems.

Russian industry moves in with offers of joint development

Chennai: India-Russia defence relations seem poised to enter a new phase which, if harnessed, could benefit the government’s Make in India programme. Moreover, it could help build India’s depleted submarine capabilities to meet the combined Chinese and Pakistani challenge in the Indian Ocean Region (IOR).

In a transformed approach (removed from the existing cooperation by license production), Russia has offered joint design for the Project 75 India (P 75I) programme to India. This includes both diesel-electric submarines and Air Independent Propulsion (AIP). According to Deputy Director, Federal Service for Military-Technical Cooperation, Vladimir N. Drozhzhov, Russia has offered joint design, building of joint prototype, and transfer of all documents pertaining to design to India. “This offer was recently communicated to India, and we are now awaiting their response,” was disclosed by Drozhzhov to a select group of journalists here.

In the larger context, this offer could help make-up the lost time in the 30-years submarine programme sanctioned in 1999, which has been overtaken by the arrival of Chinese warships in the IOR since 2008. What was left unsaid was that Russia, which has helped India with its SSBN programme, and has leased its SSN (INS Charlie), could also assist India in the six indigenous SSNs sanctioned by the government in 2015.