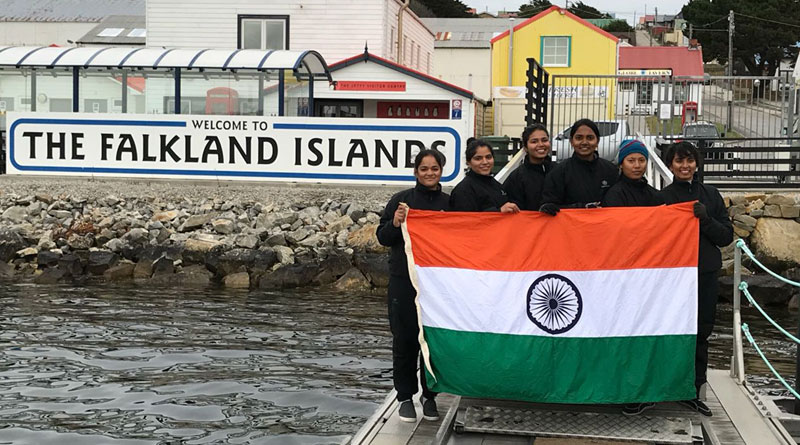 INSV Tarini entered Port Stanley (Falkland islands) on January 2018 during its maiden voyage to circumnavigate the globe. The vessel has covered approximately 15000 Nautical miles from Goa, crossing the Equator on September 25, Cape Leeuwin on November 9 and Cape Horn on January 18. The vessel and the crew experienced rough weather and stormy winds during the passage across the Pacific ocean that spanned 41 days. This coupled with the extremely cold climatic conditions prevailing in the region, proved to be a daunting task to overcome for the Indian Navy crew.

The expedition, ‘Navika Sagar Parikrama’, is being led by skipper Lt Cdr Vartika Joshi, who is from Rishikesh. She is accompanied by equally accomplished officers, Lt Cdr Pratibha Jamwal from Kullu, Lt Cdr Swathi P. from Visakhapatnam, Lt Aishwarya Boddapati from Hyderabad, Lt Vijaya Devi from Manipur and Lt Payal Gupta from Dehradun.