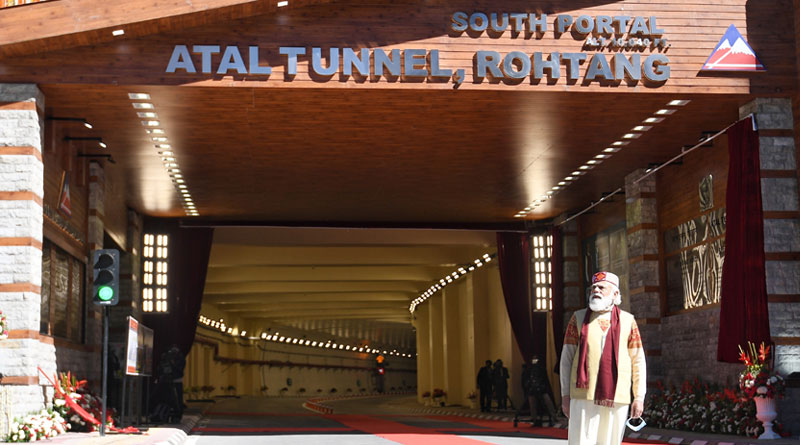 It is an alternative to the Rohtang Pass and promises to reduce the travel time by five hours.

Prime Minister Narendra Modi on 3 October inaugurated the strategically important Atal tunnel which would connect Manali and Leh by cutting down on a travel time of approximately 46 km.


The tunnel which is 9. 02 km-long, is the longest highway tunnel in the world at an altitude of 10,000 feet. The Border Roads Organisation (BRO) has permitted only 3000 cars and 1500 trucks to pass per day with a maximum speed of 80 km per hour through this tunnel. The cost of building this tunnel came to be over Rs 3200 crores, thrice the amount initially decided.

The tunnel has a great significance for the Indian Army along with the locals of Spiti and Lahaul valley as this will be an all-weather route for transport. Winters in Ladakh lead to closing of roads because of heavy snow for almost six months and the maintenance of the troops stationed in Ladakh gets difficult. Building of this highway is only a beginning for an all-weather maintenance of troops, however it will alone not be sufficient and construction of more such tunnels will need to take place.