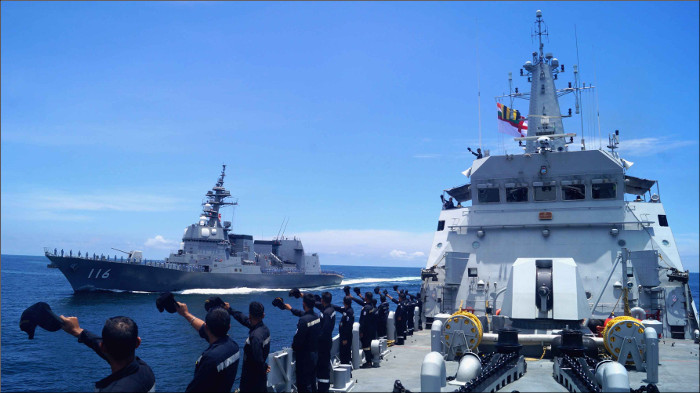 The visiting JMSDF personnel were given a conducted tour of Anti-submarine Warfare School. In addition, a friendly football match between naval personnel from both navies were also conducted. The crew from the JMSDF Teruzuki also visited places of interest at Fort Kochi, Marine Drive and Museums etc, during their stay at Kochi.

On departure, Passage Exercise ‘PASSEX’ was conducted off Kochi on September 11 between Indian Naval Ship Sunayna and JMSDF Ship Teruzuki.