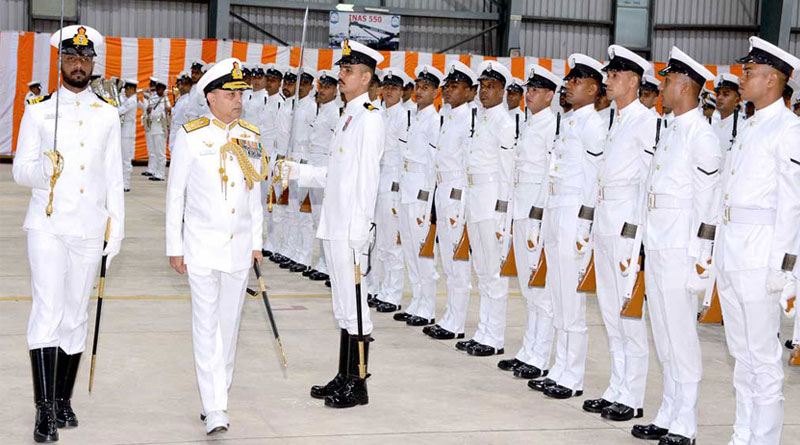 VAdm. AK Chawla was appointed as the 28th Flag Officer Commanding-in-Chief of the Southern Naval Command

Taking over the reins of the Southern Naval Command (SNC), Vice Admiral Anil Kumar Chawla, AVSM, NM, VSM, was appointed as its 28th Flag Officer Commanding-in-Chief on 31 July 2018. The newly appointed Flag Officer Commanding-in-Chief replaced Vice Admiral AR Karve, PVSM, AVSM who retired after 38 years of yeoman service. VAdm. AK Chawla was previously the Chief of Personnel at the Integrated Headquarters of Ministry of Defence, Navy at Delhi. He arrived at Kochi on 30 July 2018.

The naval base hosted a static ceremonial parade, consisting of 16 platoons including 4 armed platoons and a 50 men “Guard of Honour” on the occasion in which both the admirals were accorded General Salutes and it concluded with a “March in Review Order”. Subsequently, both Flag Officers carried out the formal handing / taking over in the office of the Flag Officer Commanding-in-Chief. Speaking to the members of the media, prior to his departure, VAdm. Karve expressed satisfaction at the synergy achieved by the Command with the civil administration of the state in responding to different “Humanitarian Assistance and Disaster Relief (HADR)” requirements.

On completion of the handing over, VAdm. Karve met and was bid farewell by various Heads of Units, Commanding Officers, Chief Staff Officers of headquarters, SNC and other senior officers. As he drove away, he was given the traditional ‘Teen Jais’ by officers and sailors of the Command.