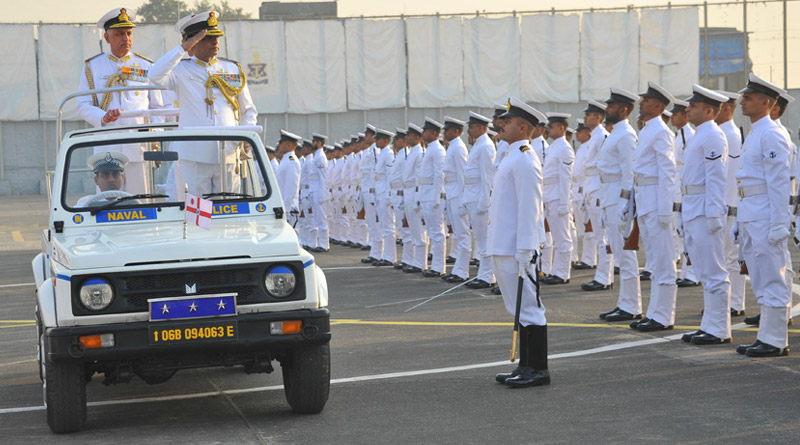 Vice Admiral Ajit Kumar P, PVSM, AVSM, VSM took over as the Flag Officer Commanding-in-Chief of the Western Naval Command on 31 January 2019 at Mumbai. He succeeds Vice Admiral Girish Luthra, who retires upon superannuation, after a career spanning nearly four decades in the Indian Navy.

At an impressive ceremonial parade at the Naval Air Station Shikra, the outgoing and incoming Commander-in-Chiefs were accorded a guard of honour after which they proceeded to the headquarters of the Western Naval Command for a formal handing-taking over. On completion, Vice Admiral Luthra was “pulled out” in true naval tradition.

An alumnus of Sainik School Kazhakootam and the National Defence Academy, Vice Admiral Kumar was commissioned in the Indian Navy on 1 July 1981. As a specialist in missiles and gunnery, the Flag Officer has served onboard frontline warships of the Indian Navy and abroad.


Adm Ajit Kumar has the rare distinction of commanding six warships, including two foreign warships.  These include guided missile corvette INS Kulish, guided missile frigate INS Talwar, guided missile destroyers INS Mumbai and INS Mysore. The officer has completed the Naval Higher Command Course and is also an alumnus of the prestigious Naval War College, Newport, USA. The Admiral has served extensively in the Western Naval Command in the initial specialist and Command appointments. He has also been the Chief Staff Officer (Operations) of the Western Naval Command.