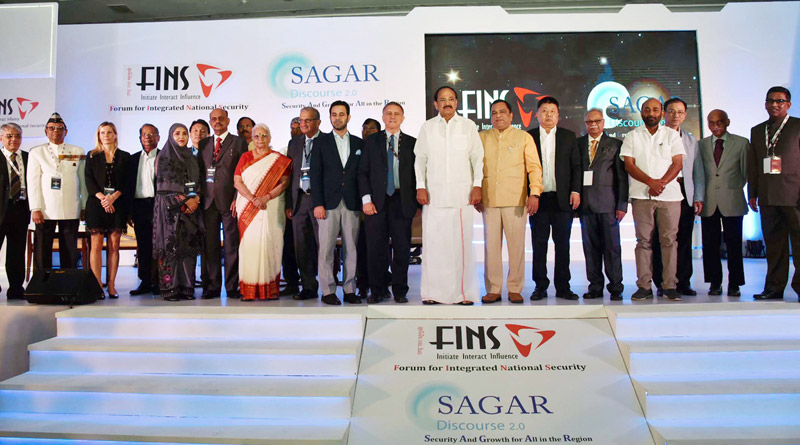 India’s vice president, Shri Venkaiah Naidu, called on the governments, scientific entities and private sector to come together and cooperate on space related technology, which has the potential to improve humanity and alleviate poverty, on October 23.

Stating that the world is facing many challenges from security to climate change, Naidu called upon all the space-faring nations to step up collaboration on a range of issues like tackling poverty and hunger, improving crop yields, developing drought-resilient crops, predicting floods, drought and other extreme weather patterns more accurately, among others.


Emphasising that share and care is the core of the Indian philosophy of Vasudhaiva Kutumbakam – The world is one family, Naidu pointed out that India aspires to be a knowledge-based nation, not to acquire anything, but for betterment of humanity.

On the occasion, the former chairman of ISRO, Kiran Kumar said, “Space is the fourth frontier of humanity. It is no more the domain of government agencies.” He called for the need to bridge the gap and create an ecosystem between industry and academia to work with 100-odd satellites rather than the 40-odd that are currently being operated.

The privatisation of space activities calls for ensuring enhanced security in space, keeping cyber security and other such issues in mind gains relevance as code of conduct for space activity, treaty for placement of vessel of weapons are becoming absolute necessity for discussion and solutions, Kumar said, referring to the treaties inked in 1967, 1972 and 1975 governed by the United Nations.

Setting the tone for the three-day conference, Prabhakaran Paleri – convener of the conference – SAGAR Discourse, said, “The competition in outer space is fierce, but friendly and sometimes partnered. The competitors including the governments will play together in creating monolithic space entities leading to greater risk and fog of uncertainties, which will make the game more interesting, rewarding and ambitious for the players.”