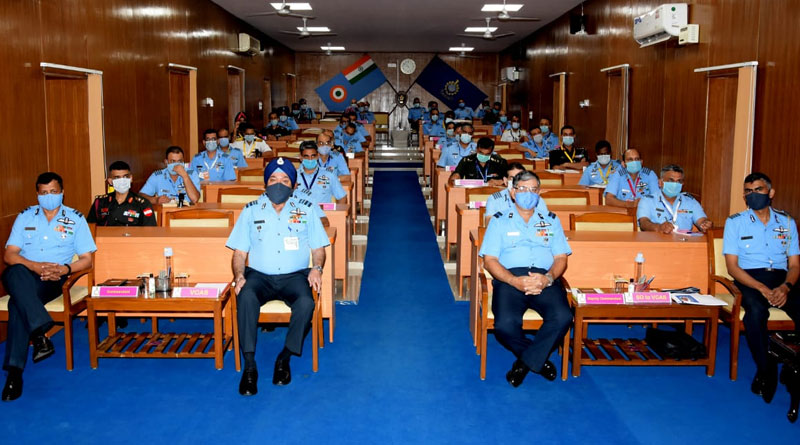 On his arrival at Air Force Station Begumpet, he was received by Commandant, College of Air Warfare, who apprised him of various Courses being conducted at CAW.

“During his visit to CAW, the VCAS delivered a talk on contemporary situation to the Course Officers undergoing prestigious Higher Air Command Course (HACC). He also interacted with the directing staff and impressed upon the necessity of Op readiness and expectations from future leadership of Indian Armed Forces,” a press note stated.


During his visit to the various technology centres at RCI, the Air Marshal undertook review of MRSAM system which is soon to be inducted in the IAF. He interacted with senior scientists of RCI and DRDL. He emphasised on the need for indigenous and mission mode development of missiles and weapon systems. He also assured scientists of full cooperation and support from IAF for the indigenous R&D efforts by DRDO.

During his visit to AFA, the VCAS inspected and reviewed progress of various critical infrastructure projects being developed at AFA. He also flew a sortie on Pilatus PC-7 Trainer Aircraft and Hawk Aircraft. Pilatus PC-7 trainer and Hawk aircraft have significantly transformed ab initio and intermediate flying training of Pilots in the Indian Air Force. Apart from imparting training to the fighter pilots of IAF, Hawk aircraft is also used by ‘Suryakiran’ the aerobatic team of IAF.

The Air Marshal lauded the efforts and sincere hard work of the Officers and Airmen of Air Force Academy in the process of transforming young Cadets into professional competent Military Officers.