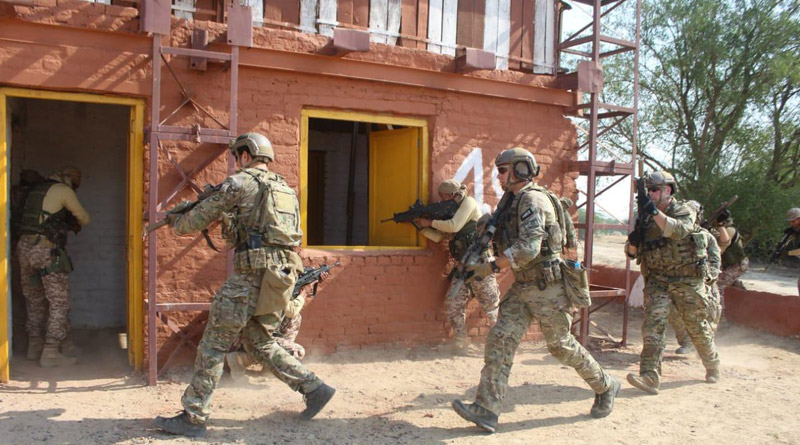 The Sapta Shakti Command and troops of the US Pacific Command Special Forces are engaged in a 12-day long joint exercise, Vajra Prahar, in Rajasthan. The exercise, which commenced in Jaipur on 19 November, will involve a rigorous joint training in semi-desert and rural terrain to boost interoperability between the armed forces of the two countries.

As the exercise entered its third day on 21 November 2018, the troops of the two nations held trainings in small arms and sniper firing at Mahajan ranges in Rajasthan. The forces carried out building intervention exercises, familiarising with each other’s weapons and battle drills. The exercise is aimed to boost mutual synergy and joint effort to counter the growing threat of global terrorism.


Captain Landis Jason Robert of the US Special Forces at the opening ceremony thanked the ambassadors of both countries and said that the exercise was aimed at learning and sharing experiences, while building the friendship between US and the Indian Army. From the Indian side, Commanding Officer 3 PARA SF welcomed the US troops and said the exercise will help in increasing the interoperability of the two armies and enhancing military to military relationships.