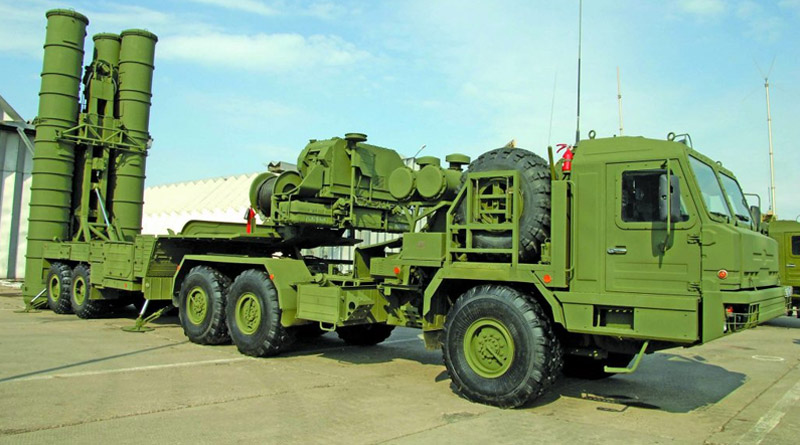 A high-level delegation from India including senior officials from the armed forces visited Russia for S-400 trials in 2017 and field evaluations last summer, both of which were certified by the Indian delegation to be 100 per cent successful.

Explaining the nuances of the S-400 deal, a knowledgeable source said that the deal is ready to be signed. According to him, “All technical details are settled and the price is final. So the agreement could be signed at the upcoming Indo-Russian summit this October. This is the best possible deal India could get.”

Earlier, the media reported that the final price is around USD 5.6 billion.

Under the intergovernmental contract signed in 2016, India will be acquiring five squadrons of the S-400 Triumph air defence missile system (ADMS) and will have its staff trained to operate and maintain the same.


Commenting on this deal, director of the Centre for Analysis of World Arms Trade (CAWAT), Igor Korotchenko said, “The reliability of a national air defence system has become a crucial element of state sovereignty. Today, we see an arms race going on in South Asia. Obviously, India needs to protect its territory and the S-400 is the best air defence system available in the global market today. Acquiring the S-400 would be a natural and justified decision for Delhi.”

“An important point is that when the US delivers their latest Patriot system, it always contains software and instrument bugs, with the use of which these air defence systems, in the possible case of worsening relationships with Washington or other extraordinary situations, can be switched off by an external radio electronic signal. Thus if India gets the S-400, the most important decisions for protecting its airspace will be made only and exclusively by Delhi,” he added.

Russia’s S-400 ADMS proposal to India follows from its own experience of deploying the system in a plethora of situations. The S-400 system was deployed in Syria to protect the Russian bases — Khmeimim and Tartus. The Russian ministry of defence recently stated that their S-400 units were successful in repelling massive attacks from simulated aircraft and missiles during field exercises in the Siberian region of Buryatia.

The Russian S-400 has special anti-stealth radars. Such a capability makes it a deterrent for the Chinese J-20 fleet, for example. The S-400 has been specifically developed in order to counter aircraft with stealth technology. The S-400 not only has integrated anti-stealth capabilities but is also fully self-reliant in terms of detection and engagement which makes it the only system of its kind with such capabilities.

Recently at the international military exhibition ARMY 2018 held in Moscow, Almaz Antey presented its most powerful ground-to-air missile called 40N6E which is going to be included into the S-400’s arsenal. This SAM is supposedly the longest range surface-to-air missile in the world with a maximum range of hitting aerodynamic targets at about 400 km.

(The writer is a defence analyst based in Russia)