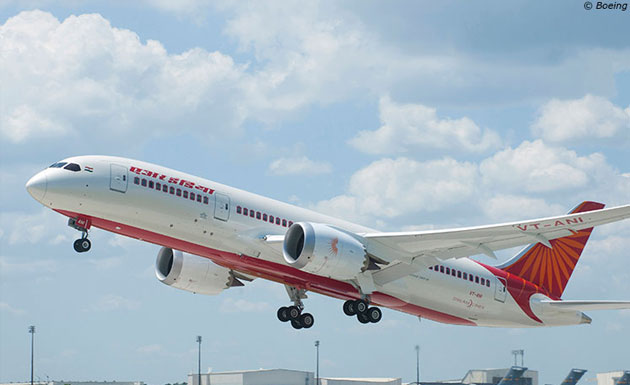 The US-India Business Council (USIBC) has launched its India-Task Force on Civil Aviation on June 26. It will focus on identifying opportunities for implementation based on the National Civil Aviation Policy (NCAP). To spearhead this initiative, Palash Roy Chowdhury, Managing Director-India, Pratt & Whitney has been chosen as the Chairman and Amber Dubey, Partner and Head of Aerospace and Defense, KPMG in India as Co-Chairman.

Commenting on the launch, Dr. Mukesh Aghi, President of the US-India Business Council said, “We are launching this task force to aid implementation of India’s civil aviation policy. Our member companies are committed to the success of the government’s flagship programs such as the Regional Connectivity Scheme and Make In India, and bringing the best in technology in related areas such as airport infrastructure and security, MROs and skill development.”

Palash Roy Chowdhury, Managing Director-India, Pratt & Whitney and Chairman of the India-Task Force on Civil Aviation said, “I am honored to be entrusted with the responsibility of leading this initiative at a time when the Indian aviation industry is poised to scale new heights. With the Task Force, we intend to support growth of U.S. corporations in India by aligning with the priority areas of the Indian government and further nurture the spirit of entrepreneurship and job creation to successfully contribute to the global economy in the coming years.”

On being elected as the Co-Chairman, Amber Dubey, Partner and Head of Aerospace and Defense, KPMG in India said, “India is at the cusp of rapid strides in the aviation and aerospace sector. This is thanks to low oil prices, growing demand and industry-friendly government policies. I’m honored to be elected and would try my best to make the task force achieve its objectives.”

The India-Task Force aims to promote bilateral dialogue by being the voice of industry, partnering with governments to organize trade missions and advocating for regulatory changes on behalf of its members.