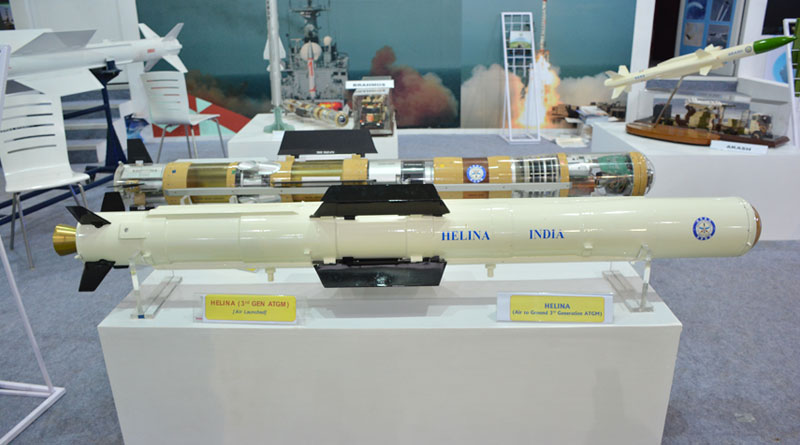 Indigenously developed helicopter launched Anti-Tank Guided Missile ‘HELINA’ was successfully flight tested from an army helicopter at 1400hrs in the ranges of Pokhran, on August 19. The weapon system has been tested for its full range. The ‘HELINA’ weapon system released smoothly from the launch platform has tracked the target all through its course and hit the target with high precision. All the parameters have been monitored by the telemetry stations, tracking systems and the helicopters.


The missile is guided by an Infrared Imaging Seeker (IIR) operating in the Lock on Before Launch mode. It is one of the most advanced Anti-Tank Weapons in the world. Senior officials from DRDO and Indian Army were present during the mission.

Defence minister Nirmala Sitharaman congratulated the DRDO and the Indian Army on the successful flight test for further strengthening the defence capabilities of the country.