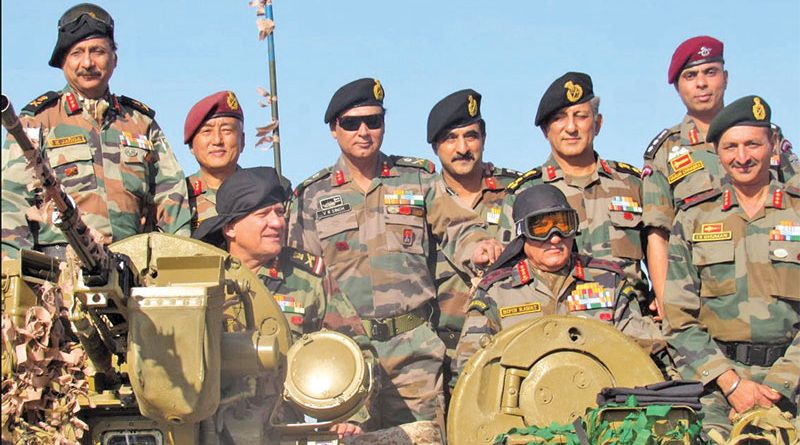 In a significant show of strength, formations of Southern Command conducted a major exercise called ‘Hamesha Vijayee’ in the deserts of Rajasthan from 16-22 December 2017 to evaluate the capability of the armed forces to strike deep into enemy territory in an integrated air-land battle.

Units of the formations had undergone training since October to hone their skills and tactics. After the preparatory training, a large number of troops along with tanks and other armoured vehicles duly supported by overwhelming land and air based firepower commenced conducting fully integrated operational manoeuvres to validate their operational plans.

Unique in scope and scale, the exercise was conducted in battle like conditions, aims at fine-tuning surveillance and destruction mechanisms to support precision strikes and manoeuvres by network enabled forces. With emphasis on joint operations, the exercise tests robust sensor to shooter grids by employing a vast array of surveillance and air assets networked with land-based strategic and tactical vectors. Besides conventional warfare, troops also rehearsed to operate in the backdrop of chemical and nuclear contingencies.


The exercise showcased a high degree of synergy between the army and air force along with new generation aviation assets of the army reviewed by a large number of senior officers of both the Services to obtain inputs for further refinement of operational procedures.

The Southern Command undertakes such exercises at regular intervals to ensure a high degree of battle readiness as well as validation of operational plans using modern weapons and equipment.