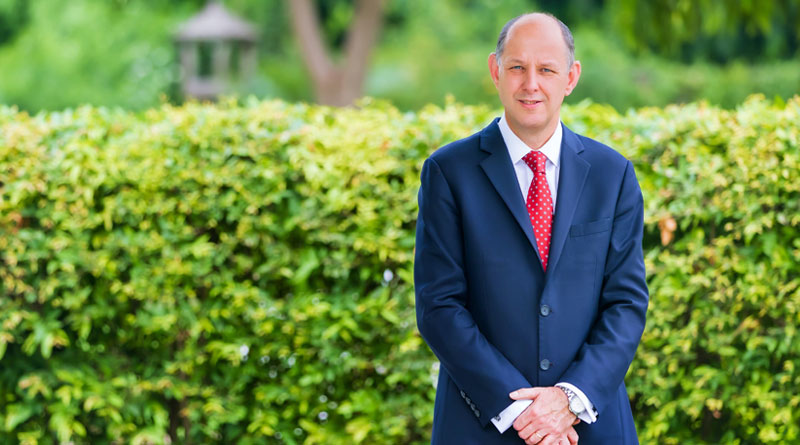 Sir Philip Barton has presented his credentials to President of India Ram Nath Kovind, in a virtual ceremony, who accepted him as the UK’s new High Commissioner to India.

Sir Philip said: “It is the greatest honour and privilege of my diplomatic career to represent the UK in this wonderful country. The UK-India relationship is remarkable and we share an unparalleled breadth and depth of connection.”


“There is a deep commitment across the British government, industry and civil society to grow that relationship even further: developing our trade and economic partnership, now that the UK has left the EU; tackling the global challenges of climate change and green recovery, acting together as a force for good in the world; and working closely as partners to keep our countries safe and secure,” he added.

Sir Philip joined the FCO in 1986 and has previously served as the Director General, Consular and Security in London, as the British High Commissioner to Pakistan, and as Deputy Ambassador in Washington. Prior to arriving in New Delhi last month, Sir Philip helped the UK government adapt its long-term planning to the pandemic.