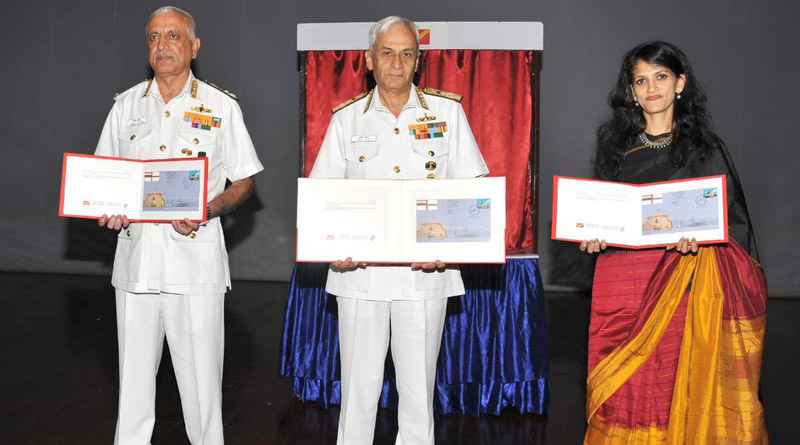 To commemorate its Golden Jubilee celebrations, the Western Naval Command (WNC) of the Indian Navy on December 12 held a special screening of the movie ‘The Shining Sword’ at Captain Mahendra Nath Mulla Auditorium at Colaba, Mumbai. The movie encapsulates the major highlights of the Western Naval Command since its formation in 1968, tracing its growth from inception to its present position of eminence.


The screening was followed by the release of Special Day Cover by Chief of the Naval Staff in the presence of Post Master General, Mumbai Region Ms Swati Pandey. The Special Day Cover depicts the headquarters of the Western Naval Command at Mumbai along with various operations executed by the Command. On the occasion, the Postmaster General spoke about the commitment of the Western Naval Command towards keeping the sea frontiers of the country safe whilst contributing towards nation and community building.

The Indian Navy has organised a series of other activities to celebrate the 50 years of their formidable contributions in guarding India’s maritime borders.