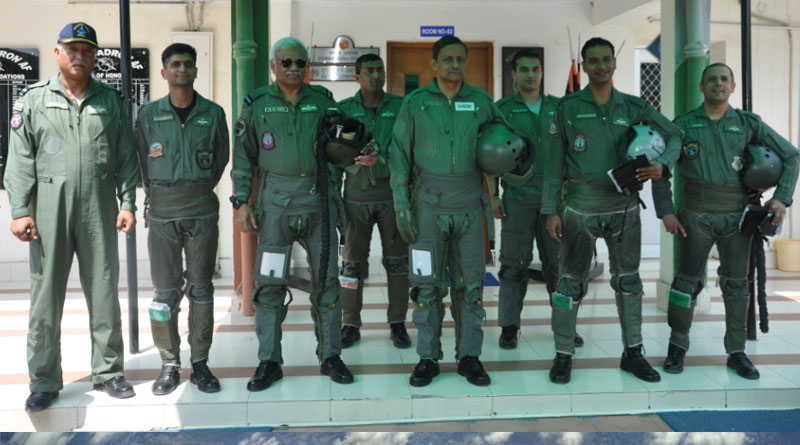 The two week long exercise being conducted by the IAF, is one of the biggest conducted so far in terms of participation of forces, intensity of operations and scale of logistical support. The mission flown by both the Defence Secretary and the Vice Chief of Air Staff gave them a first-hand assessment of operational preparedness and the combat effectiveness of the air warrior in a real time operational scenario.

Post mission, the Defence Secretary and the Vice Chief of Air Staff interacted with the personnel of the base and complimented them for exceptional professionalism displayed during the exercise. They further emphasized that execution of such a large scale exercise is dependent on achieving complete synergy of all combat elements with absolute dedication of Air Warriors.