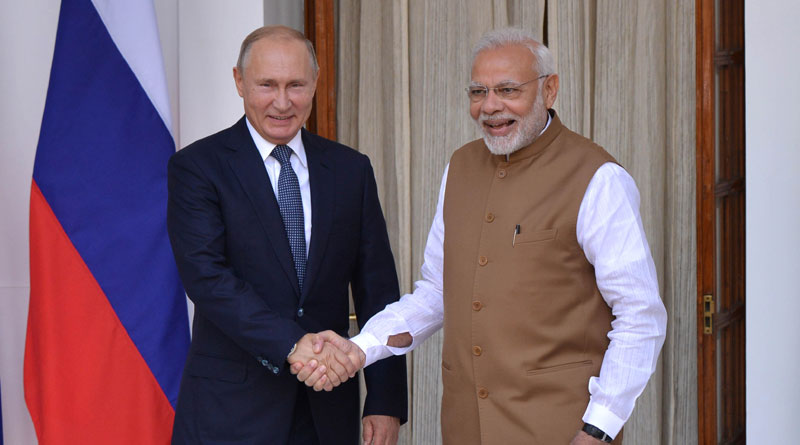 The Russian embassy on 3 November, conveyed its disappointment at an article written by BJP-leader Subramanian Swamy for the Sunday Guardian on October 31.

The statement began by saying, “It was noted with regret the article with defiant title “Russia is not a friend of India” by Mr Subramanian Swamy in the Sunday Guardian on October 31, 2020”. The statement said that Russia was not just a friend but a soul mate of India’.

Regarding Swamy’s article, it further added, “Unfortunately, it appears to be misleading in terms of true understanding of the entire course of development, current state and prospects of the Russian-Indian strategic partnership, which is crossing the 20th anniversary this year. It also should be admitted that it demonstrates lack of knowledge of the modern Russian realities that equates relevant assessments in the article with geopolitically motivated groundless and biased approach by some Western news agencies. Especially surprising is that it is diminishing dedicated contribution of the people of the two great and friendly nations who made the proud bilateral achievements possible”.

Russia enjoys productive and trusted relations with all political forces of the country. While major, early bilateral steps were made when the Indian National Congress was in power (establishing diplomatic ties even before the Indian independence was officially announced; large contribution in the accelerated industrialization; mutual support in crucial events of the Cold war, including in 1971), the Declaration of the Strategic Partnership was signed during the tenure of Prime Minister Atal Bihari Vajpayee, which took our cooperation forward.

It said that the special partnership becomes a source of support of national development strategies of both countries, including ‘Make in India’ and ‘Atmanirbhar Bharat’. Be it ‘unparalleled joint endeavors’ in nuclear power sector or trusted defence cooperation with real technology transfer, advanced localization of production and even cooperation with third countries.


It further added that professional experts on the Russian foreign policy may agree that Russia doesn’t develop any relations at the expense of other countries. Russia doesn’t practice a hidden agenda, interference in domestic affairs and regime change efforts as well as illegal unilateral sanctions.

The Russian Embassy said that having special but independent relations with both India and China, it would encourage its largest Asian partners to resolve differences by constructive dialogue. Disagreements between India and China don’t benefit either sides, but provide some ‘dishonest elements’ with an opportunity to interfere in their bilateral dialogue.

“We are confident that both countries, well-known with their ancient history and wisdom, are capable of dealing with the problem on their own,” the statement said.

The statement said that coinciding global priorities made Russia and India truly likeminded and that the multilateral partnership between the two countries in the framework of G20, BRICS, SCO, etc. was based on the solid ground of the common priority to proceed towards just and equal multipolar world with the central role of the United Nations and international law as well as undivided security.

Emphasising on the bond shared by the two countries, it mentioned that Indians and Russians both think that the countries are each other’s ‘permanent friends’. It said that it was ‘especially’ now during the Covid-19 pandemic that the two countries were witnessing how much their mutual support meant when it came to helping repatriation of nationals of  both countries, supplies of vital medicines as well as deep cooperation on vaccines.

“So, the Russian-Indian ties are unique, and they cannot be harmed by a single misleading article, which by no means have any link to the reality and, of course, doesn’t reflect any official position”.