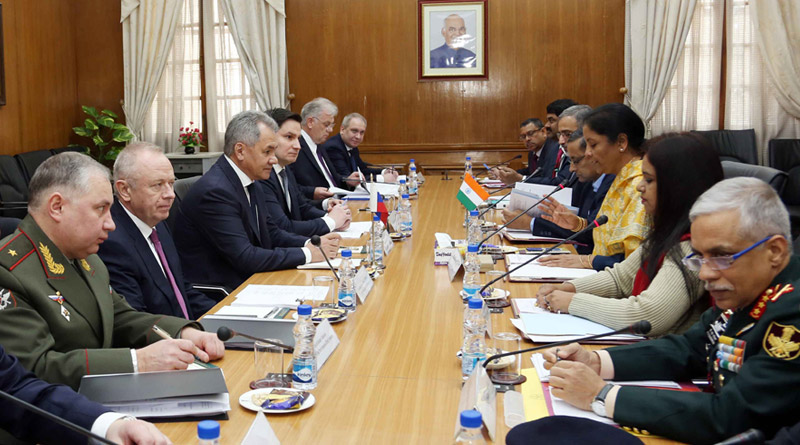 The Russian defence minister will hold the 18th session of the Indo-Russiaan inter-governmental commission on military-technical cooperation alongside his Indian counterpart, Nirmala Sitharaman on December 13. According to Russian Defence Ministry’s press secretary, Rossiyana Markovskaya, the two ministers plan to discuss issues of boosting bilateral cooperation in the framework of agreements finalised during Russian President Vladimir Putin’s visit to India back in October this year.

The two sides plan to sign a protocol at the end of the session, which will determine spheres for future cooperation and will specify the ways of implementation of scheduled projects. The Indo-Russian inter-governmental commission on military-technical cooperation was set up under the agreement between the two countries’ cabinets of ministers on 3 October 2010. The commission convenes once a year, alternating between Moscow and New Delhi.