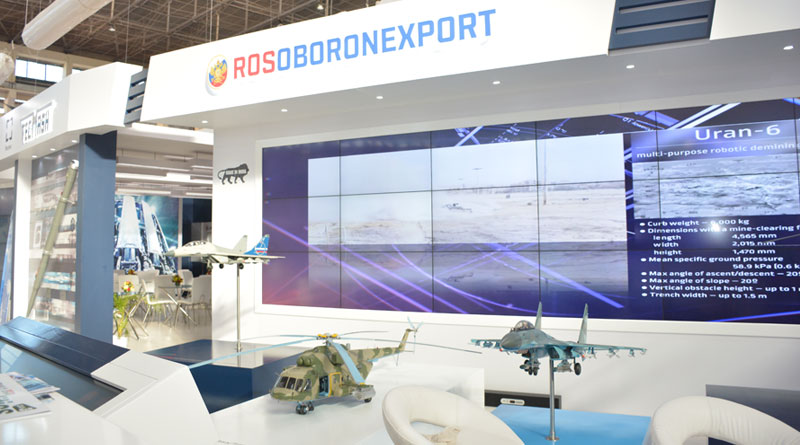 Rosoboronexport, a member of Rostec, will be setting up a joint Russian display booth at the International Defense Technology Exhibition SITDEF 2019 to take place at the Army HQ, Lima, Peru, on May 16-19.

The Russian arms exporter will be joined by Russian Helicopters and High-Precision Systems at the expo. The business program will also see Russian delegates from the Novosibirsk Machine-making Plant, Admiralty Shipyards, and the United Shipbuilding Corp join in the fray.

“Russia and Peru have had dynamic military and technical cooperation for almost half a century. In that time, a wide range of Soviet and later Russian military and dual-use goods have been supplied to the country. Peru is the largest importer of our helicopters in Latin America, with more than 100 Russian-made helicopters operating in the country. Still we see huge potential for further cooperation with Peru, both in military and civilian industries, and we intend to expand it,” said Rostec CEO Sergey Chemezov.

The company’s booth will house around 300 pieces of military equipment, including latest additions to its export catalog. Weapons such as 200-series Kalashnikovs, naval Pantsir-ME, Sarsar and Karakurt-E small missile ships, IL-78MK-90A tanker aircraft, as well as Orion-E long endurance reconnaissance UAV system will be displayed.


“Peru and Russia go back many years in technical and military cooperation. Here people are well aware of and appreciate Russian aviation, helicopter and armored equipment, as well as anti-tank and AD systems for outstanding performance and reliability. We are looking to 2019 to finish the construction of a helicopter maintenance center in La Joya. All required equipment and documentation have already been delivered to Peru. The same year will see the completion of the project for construction of a training center, furnished with a simulator for Mi-171Sh pilots in Lima. Rosoboronexport is willing to step up cooperation in every field from infrastructure projects and modernization of Russian equipment already in service to export of advanced hi-tech systems and transfer of technologies,” says Alexander Mikheev, Director General of Rosoboronexport.

With such challenges as terrorism, drag trafficking, and organized crimes on the rise, Rosoboronexport expects foreign customers to check out the Typhoon-K and Tigr vehicles. These vehicles boast of a rather high approval rate in the special operations and law enforcement communities, as well as small arms and close-combat gear