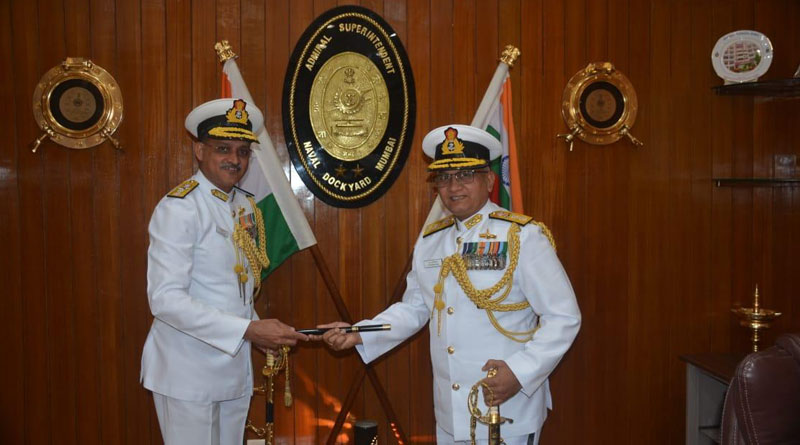 Rear Admiral Rajaram Swaminathan on January 28 took over as the Admiral Superintendent of the Naval Dockyard (Mumbai) from Rear Admiral G. Srinivasan. Commissioned into the Indian Navy on 01 January 1987, RAdm. Swaminathan is a post-graduate from IIT Kharagpur and an alumnus of the Defence Services Staff College, Wellington and the National Defence College, New Delhi.


In a career spanning 30 years, he has held important operational, staff and dockyard appointments in the Indian Navy including nine years on the aircraft carrier INS Viraat in various capacities.

He was also involved in the acquisition of the Aircraft Carrier INS Vikramaditya as the Warship Production Superintendent in Russia and as Principal Director Aircraft Carrier Projects at Integrated Headquarters New Delhi, according to a statement issued by the India Navy.

His last appointment was as Assistant Chief of Material (Dockyards and Refit) at Naval Headquarters.