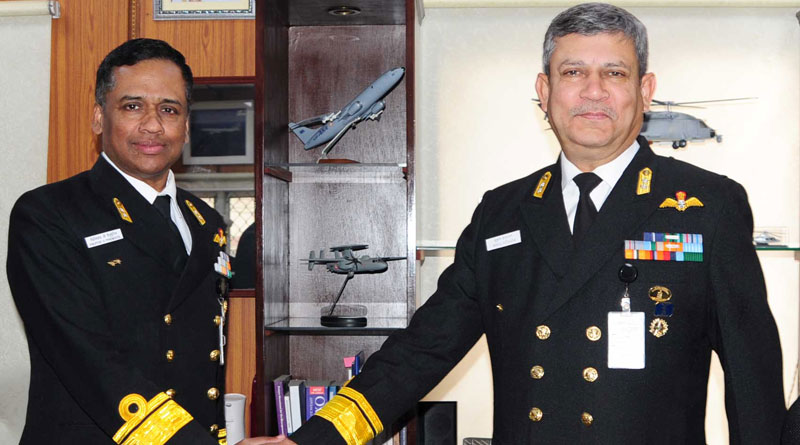 His operational sea tenures include the command of INS Nashak, INS Tarangini, 21 Mine Counter Measure Squadron, and INS Rana.

Rear Admiral Mukul Asthana has been appointed as the Assistant Chief of Naval Staff (Air) at New Delhi on February 8. He was commissioned in 1986 in the Executive Branch of the Indian Navy. A graduate of the Naval Academy, he attended the 141 Pilots Course and was awarded wings in June 1988 at the Air Force Academy.

An experienced pilot, he has flown four types of aircraft and held operational and supervisory assignments in Indian Naval Air Squadrons 551, 550 and 310, the IW Squadron. He attended the Command and Staff Course at the Defence Services Staff College, Wellington in 2000 and the Higher Command Course and the Naval War College, Mumbai in 2009.

He commanded INS Rajali, a Naval Air Station, from August 2009 till December 2010. During this period he oversaw the drawing-up and implementation of plans for induction of the state of the art Boeing P8I Long Range Maritime Reconnaissance ASW aircraft. Also a record number of young pilots graduated from the Navy’s Helicopter Training School during this period.

He holds a MA in Defence Studies from Madras University, and a Master of Philosophy degree in Strategic Studies from Mumbai University. He has also undergone the National Security Strategic Course at the National Defence College, Dhaka, Bangladesh in 2012. On elevation to Flag rank in Jan 2016, Rear Admiral Mukul Asthana assumed the duties of Director General Project Varsha at New Delhi, where he was involved with the development of future infrastructure for the Indian Navy. He is a recipient of the prestigious Nausena Medal and commendations by the Chief of the Naval Staff and the Flag Officer Commanding-in-Chief, Eastern Naval Command. He was also conferred with the Tenzing Norgay National Award by the President of India in 2006.