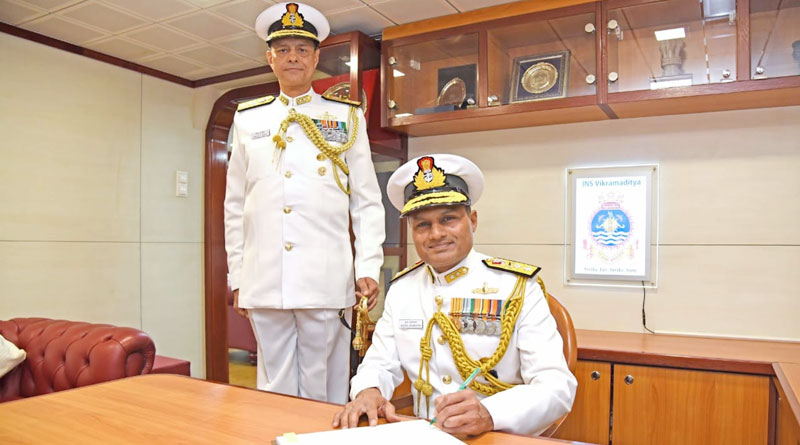 The Western Fleet, known as the ‘Sword Arm’ of the Indian Navy, witnessed a change of helm on 14 February 2020 as Rear Admiral Krishna D. Swaminathan, VSM assumed charge.

The baton of the Flag Officer Commanding Western Fleet was handed over by Rear Admiral Sanjay Jasjit Singh, AVSM, NM.

The change of command was held at sea on board the aircraft carrier INS Vikramaditya.


The Western Fleet has been at the forefront of all naval operations across the Arabian Sea and Indian Ocean Region (IOR) since its inception, consistently executing the military, diplomatic, constabulary and benign roles of the Indian Navy. The Fleet has grown in capacity and capability over the years and presently include the aircraft carrier, multi-role destroyers and frigates, fleet tankers, three air squadrons and integral flights.

“Under the command of Rear Admiral Sanjay Jasjit Singh, the Fleet has maintained a very high operational tempo, strengthening maritime and energy security, deterrence at sea and the Indian Navy’s position as a Net Security Provider in the Indian Ocean Region,” the press statement added.

The new Fleet Commander is an alumnus of the National Defence Academy (NDA), a specialist in Communications and Electronic Warfare and has commanded frontline warships such as INS Vidyut, INS Vinash, INS Kulish, INS Mysore and aircraft carrier INS Vikramaditya, according to the statement issues by the Indian Navy. 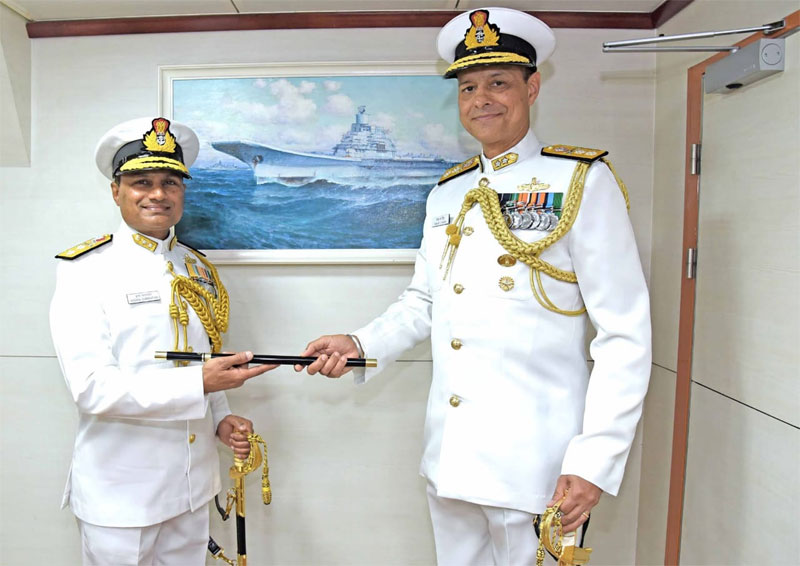