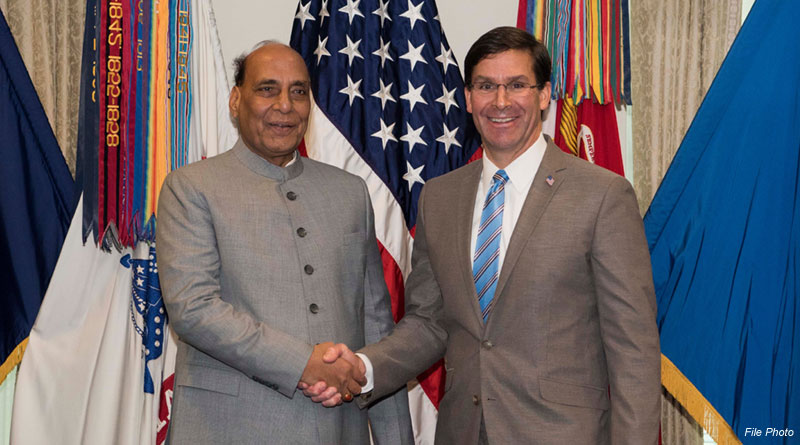 “The two defence ministers reviewed the progress in bilateral and multilateral defence co-operation and agreed to expand military-to-military engagements and defence trade and industry as part of India-US comprehensive global strategic partnership,” read a statement from the ministry of defence (MoD).

The two ministers exchanged views on the grave situation arising out of COVID-19.


Singh invited Secretary Esper to visit India at the earliest convenient date. The US defence secretary who was scheduled to embark on a three-nation visit — India, Pakistan and Uzbekistan in March — postponed the trip to “help manage the (US) Department of Defence response to coronavirus” back in America, said Pentagon press secretary Alyssa Farah said on 10 March 2020.

“As we continue to build our defence cooperation, the United States looks forward to providing India with some of the best and most feared military equipment on the planet. We make the greatest weapons ever made. We make the best and we are dealing now with India,” Trump had said at Motera Stadium in Ahmedabad during Namaste Trump on 24 February 2020.