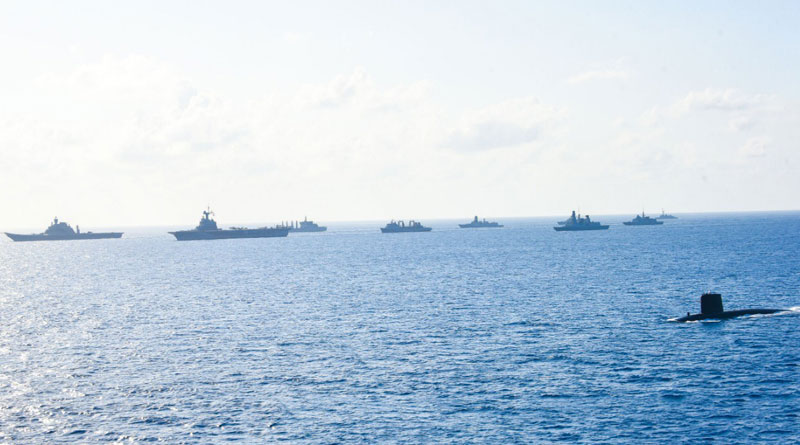 The largest ever Exercise Varuna-19 witnesses an impresses flypast consisting of four Rafale, five MiG 29-Ks and one Hawkeye in presence of naval dignitaries

According to the statement released by the Indian Navy, the dignitaries from both the Indian and the French navies visited the French carrier task force and were briefed on the conduct of the exercise. An impressive flypast consisting of four Rafale, five MiG 29-Ks and one Hawkeye was witnessed by Flag Officer Commanding-in-Chief, Western Naval Command, and the French Ambassador to India and nine French Navy dignitaries onboard the French Carrier Charles De Gaulle.


Later in the day, a brief was held between the planning staff of both Task Forces to review conduct of the exercise and identify areas for improvement. The exercise concluded with helicopters of both navies carrying out extensive cross-deck operations for personnel transfer.

This year’s edition of the Indo-French naval exercise off the Goa coast was the largest ever undertaken by the two navies and had begun on 1 May 2019.