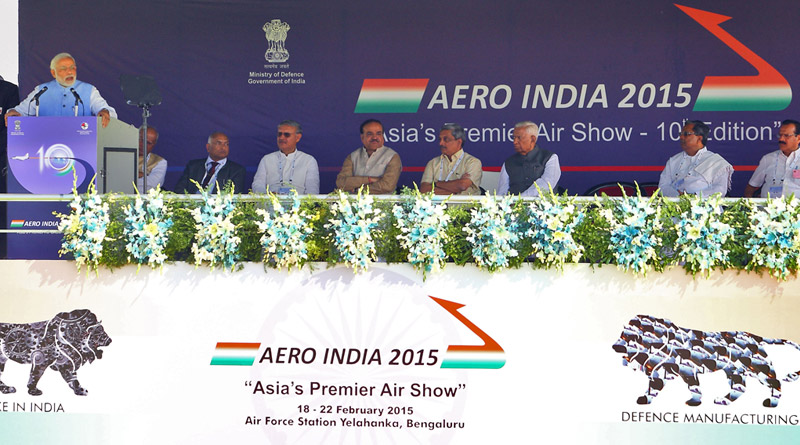 Prime Minister Narendra Modi may attend the 12th edition of Aero India 2019, slated to take place from 20 February, 2019, in Bengaluru, according to a statement by the ministry of defence spokesperson, Col Aman Anand. The power-packed aerospace event which is going to witness unprecedented activity this time around, will also see the Indian American astronaut Sunita Williams present in the event.


India being unarguably the biggest importer of defence equipment, the show is attracting top-notch global defence companies, out of which Airbus, ABC and Thales have so far confirmed their participation. The CEO’s roundtable on the inaugural day will be attended by 12-20 major CEOs, and according the defence spokesperson, the event will be overseen by a joint secretary level officer.

The five-day Aero India 2019 is themed ‘Runway to a Billion Opportunities’, and the event will for the first time provide a platform to students to display their projects pertaining to the aviation industry, said the defence ministry spokesperson. The theme is also intended to communicate India’s value proposition in addressing the immense opportunities in the aerospace and aviation sectors in the country today. The tagline makes an effort to project India being a unique investment destination in aerospace, with the Make in India being the driving force.