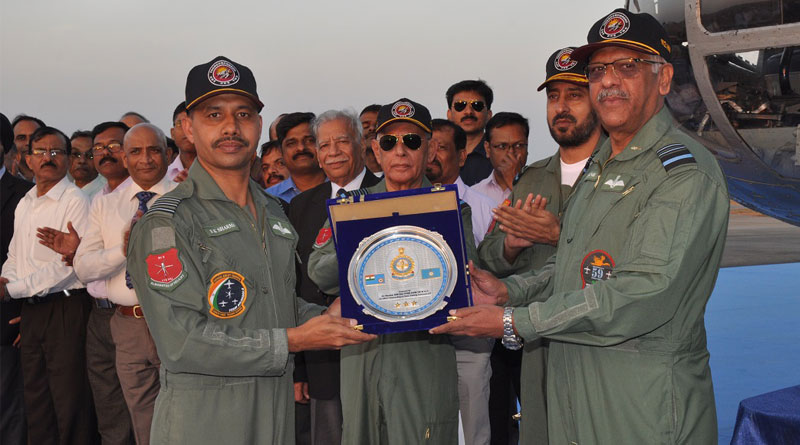 MI-8s served for 45 years after their induction in 1972 and are currently being phased out.

A formal adieu to the Multi-role helicopter fleet of the IAF, MI-8 also known as ‘PRATAP’, took place on December 17. The phasing out ceremony was held at Air Force Station, Yelahanka in Bengaluru.


MI-8s served for 45 years after their induction and are currently being phased out. It was inducted in ten operational helicopter units and it operated in several major IAF operations including Operation Meghdoot in the Siachen Glacier and Operation Pawan in Sri Lanka. The helicopter also operated extensively in Humanitarian and Disaster Relief operations across the length and breadth of the country. 112 Helicopter Unit based at the Air Force Station, Yelahanka, is the last unit to operate this platform.