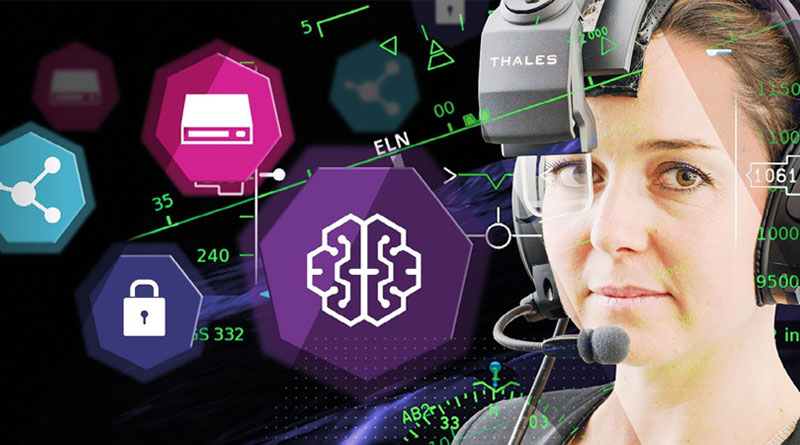 The company said it’s also unveiling the FlytX, the new generation connected cockpit for civil and military aircraft and helicopters.

The French multi-national company Thales will be showcasing the Group’s offering, the Thales TrUE AI approach, at the Paris Air Show 2019, by seeking to glean an AI that puts the human back in control. The visitors will be taken through a journey to discover how AI will make our world more secure, more efficient and most importantly, put the human at the centre, the company press release said.

The statement further said, “The Thales TrUE AI approach stands for Transparent AI, where users can see the data used to arrive at a conclusion. Understandable AI, that can explain and justify the results and finally an Ethical AI, that follows objective standards protocols, laws, and human rights.”

“This year, at the Paris Air Show, Thales pulls back the curtain to try and provide a glimpse of how AI should actually be viewed, not with distrust but with an understanding of how it should be, transparent, understandable and ethical. This year we unveil the Thales TrUE AI approach.”


The company plans to position Thales TrUE AI approach in a unique way at the show. “To answer it we will show you the world through the eyes of a Fighter Pilot, an Air Force General, a Globetrotting Traveler, an Airline Captain, an Astronaut and an Airspace Manager. How their world is transformed through the Thales TrUE AI approach, and how our customers, the people who make the world go around, are helped to think smarter, act faster and make critical decisions in an environment where there exists no margin of error because lives are often at stake,” said the company statement.

This year the Group will be hosting a series of conferences delving into a variety of critical subjects, from the concept of TrUE AI by David Sadek, Thales director of AI research, the management of the drone ecosystem, to the future of Human Factors in cockpits by Sylvain Hourlier, one of the world’s foremost experts in Human Machine Interfaces.

Thales said its policy of partnering with startups and innovative SMEs is renowned throughout the industry and at this year’s edition of the Paris Air Show the Group will showcase this with interventions and conferences by not less than five startups like eOdyn, a startup that disrupts our understanding of ocean dynamics through the use of Big Data, Delfox, a specialist in AI for aerospace and defence.

In its efforts to strengthen its AI offering, Thales also announces it has acquired AI startup Psibernetix to help create Certifiable AI. Originally made famous by its aerial combat application called ALPHA, which consistently defeated the world’s top pilots in simulated air combat, Psibernetix is a pioneer in computationally efficient AI technologies. The acquisition will establish explainable AI processes for applications in safety-critical environments.