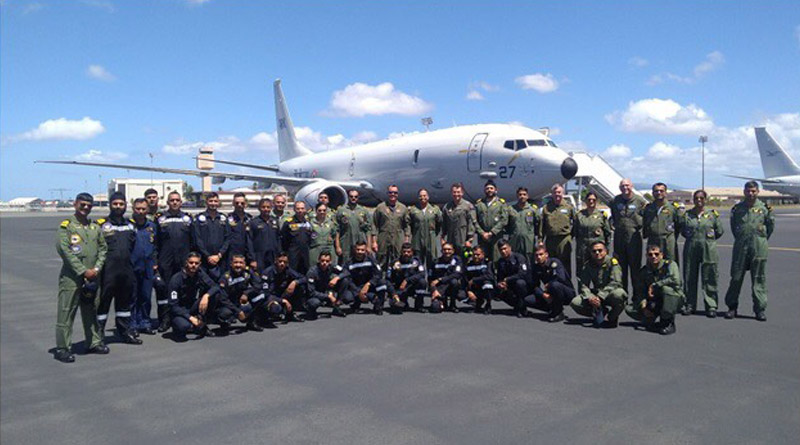 INS Rajali has inducted the Indian Navy’s P8I Long Range Maritime Reconnaissance aircraft at Hawaii. It is participating in the Rim of Pacific Multinational Naval exercise (RIMPAC-18). The aircraft has attained many firsts for an Indian Navy aircraft. This is the first time ever, that an Indian Naval aircraft has traversed so far east into the Pacific. In doing so it is the first Indian aircraft to cross the International Date Line, undertaking the longest ferry of nearly 3300 nm from Guam to Hawaii and the first IN aircraft to participate in RIMPAC. Cmde Kevin Long, CTF 172 Cdr presented a memento to Det Cdr P8I upon arrival.

26 nations are participating in this year’s edition of RIMPAC and will include tactical exercises including Anti Submarine Warfare and Maritime Reconnaissance missions along with participating foreign Naval ships, submarines and aircraft to hone the interoperability skills of the Indian Navy. The aircraft will form part of the largest naval exercise  During the exercise, IN P8I will be operating from Joint Airbase Hickam, Honolulu, Hawaii.