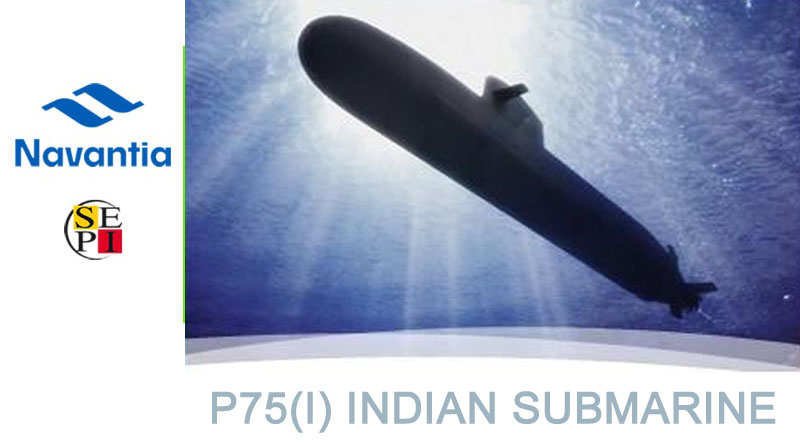 Spanish firm is participating in the P75(I) project using the basis of the S80 plus; the only 3000 t AIP submarine currently under construction worldwide

Spain’s state-owned Navantia organised a conference with both Indian industry and S80 suppliers in an event held online due to the COVID19 lockdown on 21 April 2020. Once the COVID-19 situation permits, follow-up face-to-face meeting and visits lo potential suppliers shall take place.

Navantia is participating in the P75(I) project using the basis of the S80 plus; the only 3000 t AIP submarine currently under construction worldwide. Navantia has signed MoUs with both SPs shortlisted for the P75(I) project in India: L&T and MDL. Also, contacts have been stablished and NDAs have been signed with more than 100 companies in India covering approximately 50 per cent of the supplies. There is still potential for nearly another 50 per cent areas where there is no Indian supplier identified. In the coming days, Navantia shall release into the market 500 purchase technical specifications at a rate of approximately 100 per month within the 5 months following the Industry Event. The event also offered the possibility of requesting one-to-one meetings, which will be conducted in the weeks following the presentation.


“This baseline is very close to the requirements of the Indian Navy, possibly the closest among any possible. For this reason, technical effort at this stage is minimum and Navantia is focusing in other aspects such as the indigenization of major equipment and materials, and Transfer of Technology (ToT) options,” a statement from the company read.

The industry event started with a welcome message from Fernando Formoso, Navantia Director in India, followed by a presentation of German Romero, Navantia Cartagena Shipyard Engineering Director, which described the main features of the S80 plus, and also the construction status, schedule and pictures of the actual construction. Also, a description of the revolutionary AIP system was presented. The system, known as BEST “Bio-Ethanol Stealth Technology”, has been developed by the Spanish Company Abengoa and the American Collins Aerospace, working under a subcontract by Navantia. The explanation on the AIP was supplemented by a short video.

The technical presentation was followed by a presentation on ToT and indigenization possibilities delivered by Jorge García Monedero, Navantia Services Director. At present, ToT is successfully being carried-out in three countries, involving local construction of destroyers in Australia, one LHD in Turkey, and the implementation of an indigenous combat system for corvettes in Saudi Arabia developed by a Joint Venture created between Navantia and SAMI (Saudi Arabia Military Systems). Previously, Navantia was co-designer and builder of Scorpene class submarines for the Chilean and Malaysian navies, and also participated in the design and transfer of technology to India’s of six Scorpene submarines being built in MDL (Mumbai), deploying a resident team in India between 2006 and 2013.